Over the watershed into the Clyde Valley

Today looked as though there was a fair climb and we worried that the proximity to the M74 motorway would detract from the experience but we were pleasantly surprised- the motorway was fairly quiet and the landscape was striking. The road was the old A74 from before the motorway- hence fairly wide  , well graded with no steep sections and even some cycle tracks. 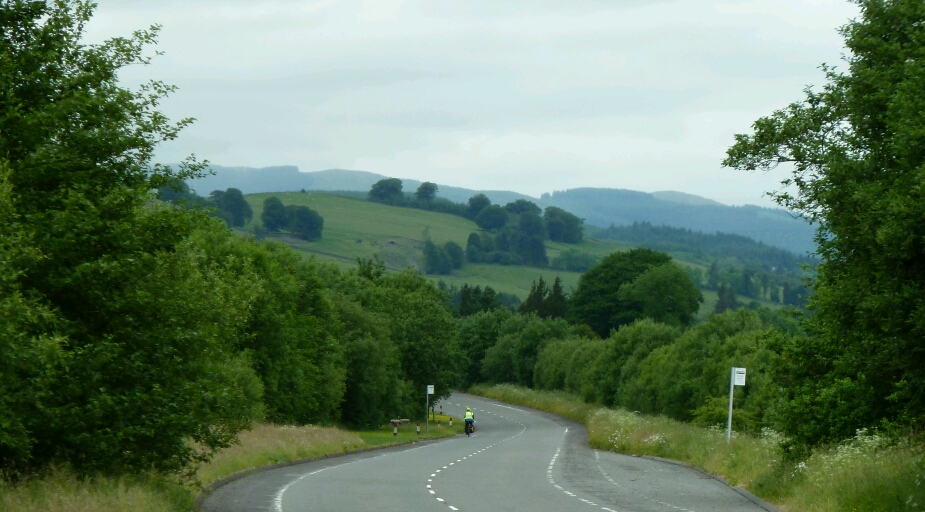 We set off from Robert the Bruce’s Cave south of Lockerbie after a hearty breakfast thanks to Glynne and Sue who continue to look after us, the tent was dry which makes life easier packing up even though the sky was threatening with the odd spot of rain. Sue cycled with us for the morning and we plugged away making good progress, we arrived in Lockerbie- the site of the disaster in 1988 when Pan Am Flight 103 was destroyed by a bomb and landed on the town killing 243 passengers and 16 crew along with 11 people on the ground. Martin’s dad spent a week with other members of the mountain rescue team scouring the surrounding area for debris- a gruesome task.

Today however, the town was preparing for their summer carnival: floats going past and people in fine kilts milling around getting ready for the procession. We stopped and had a pleasant coffee at Cafe 91 and then pressed on passing the local hunt parading down the main road into town. 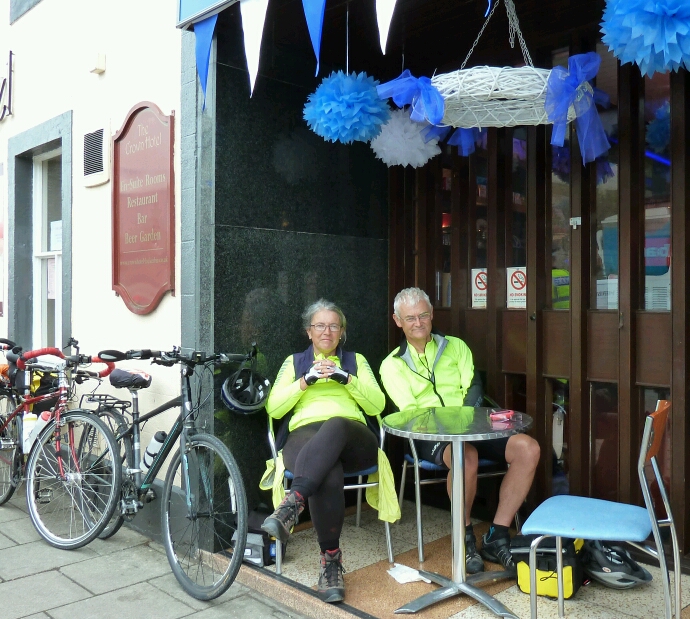 Sue and Martin in Lockerbie 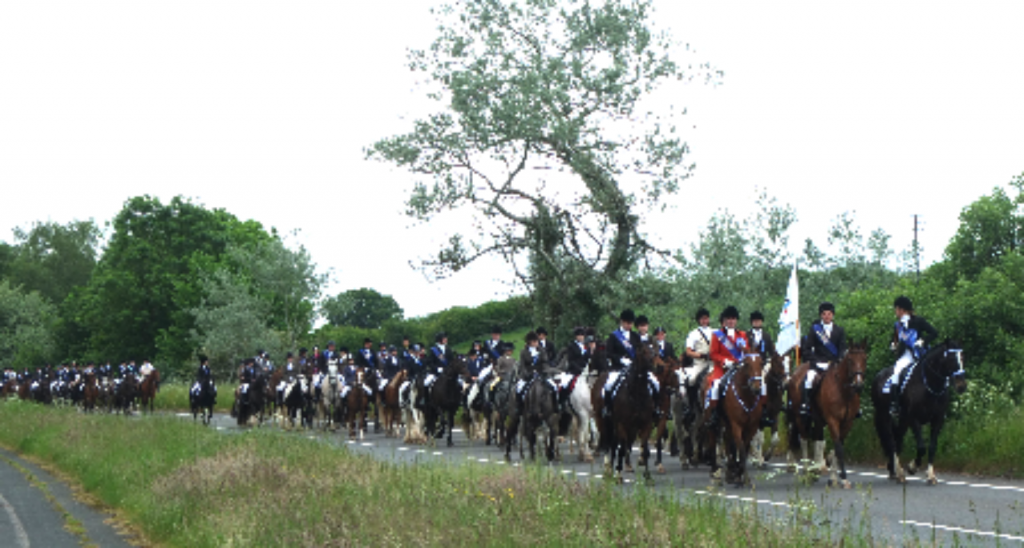 The local hunt coming to the carnival 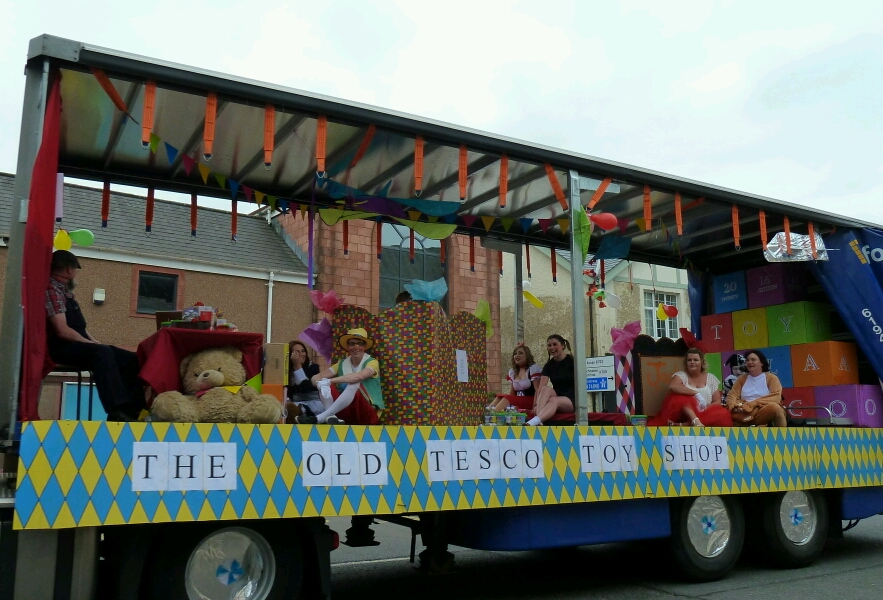 Several miles down the road we realised that we each thought that the other had paid for the coffee,  an embarrassed phone call to the cafe offering to pay by credit card was met by great good humour and we were told to forget all about it,  instead we have counted it as a donation and paid it into Just Giving.

We met Glynne in the camper van for lunch and then he accompanied us for the afternoon, climbing gradually over Beattock – quite high but a gradual gradient allowing us to whizz along in a high gear  except when the surface deteriorated in places. Surface makes a huge difference,  we were going at 11miles an hour uphill where it was smooth but down to 6 or 7 where it got bumpy. We were amused at the sudden deterioration at a county boundary,  clearly one council was not going to maintain the next counties’s cycle tracks, worse luck for our bottoms.

We passed an unusual sculpture by the side of the road- entitled Toulouse ,  we didnt appreciate what it was meant to be until we googled it later- it is called Montgolfier Toulouse- clearly a hot air balloon- obvious when you know! It is by Stefanie Bourne, an artist from Brittany. When we were trying to identify it we read that Sustrans doesn’t know exactly how many sculptures it has or where they are, however there is a list and this one was on it. 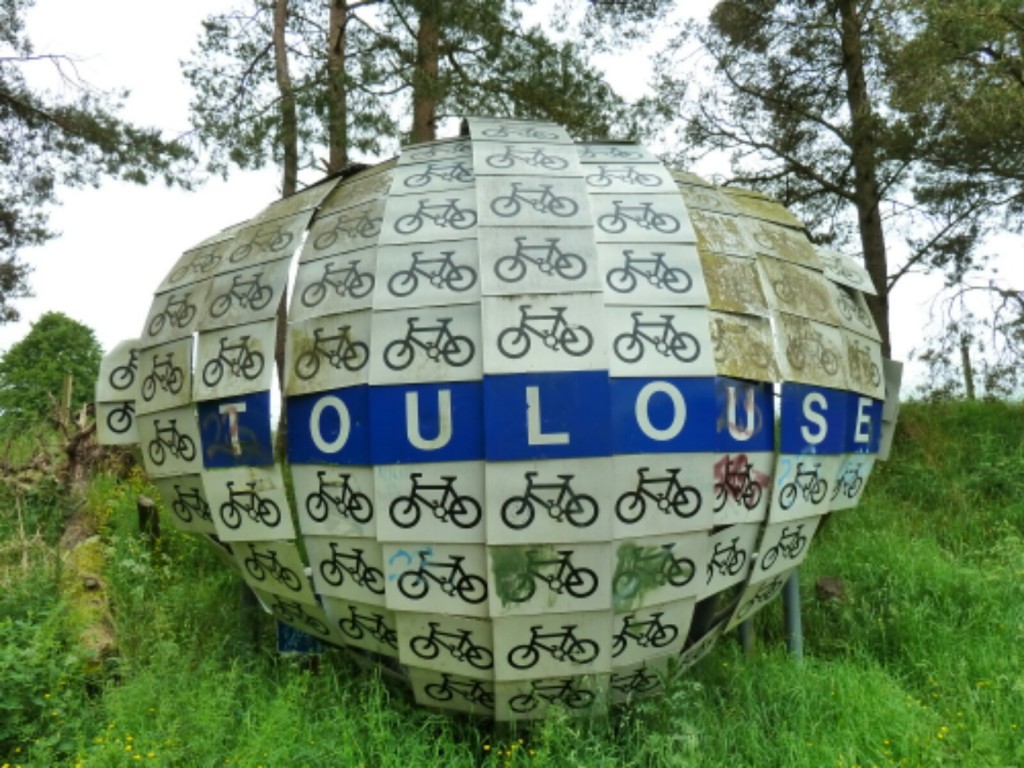 The scenery continues to be so beautiful, hillier all day today, low near Lockerbie but getting bigger now. The flowers too are profuse. For every photo we take there are so many lovely things we cycle past. 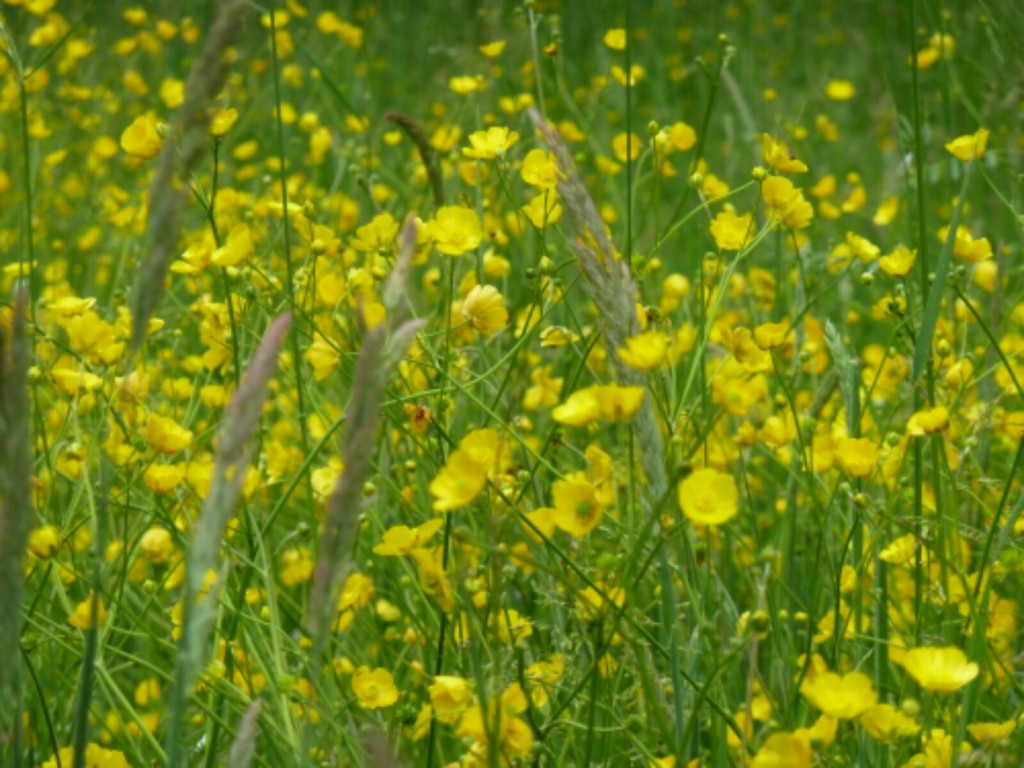 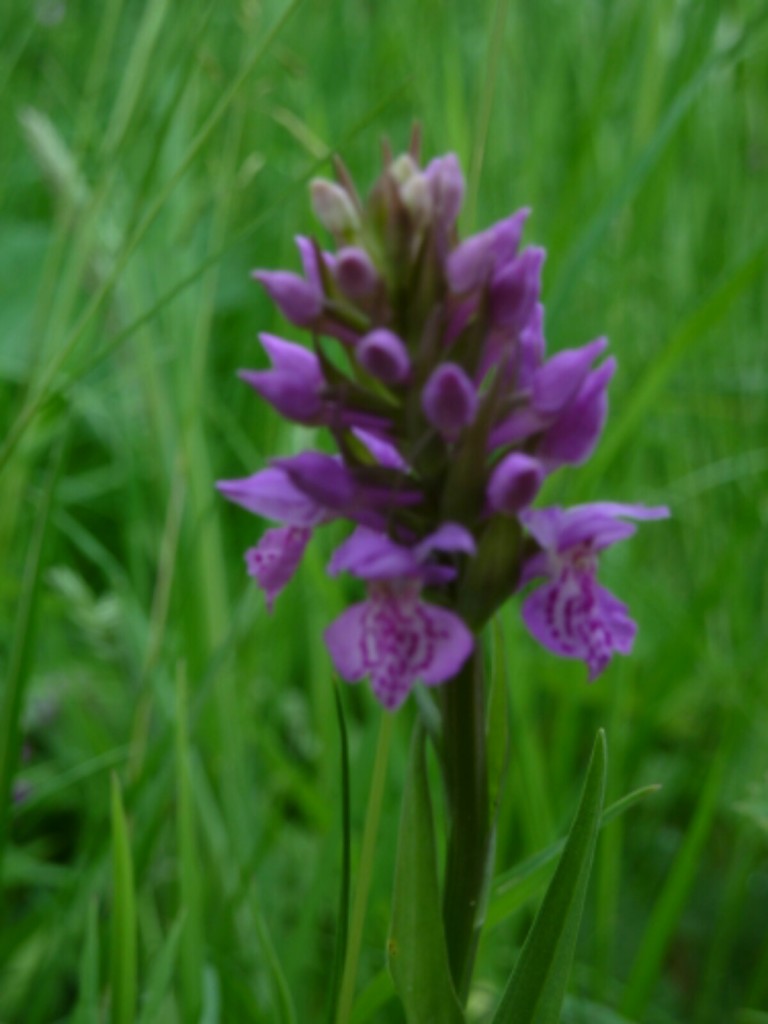 Orchid in the verge 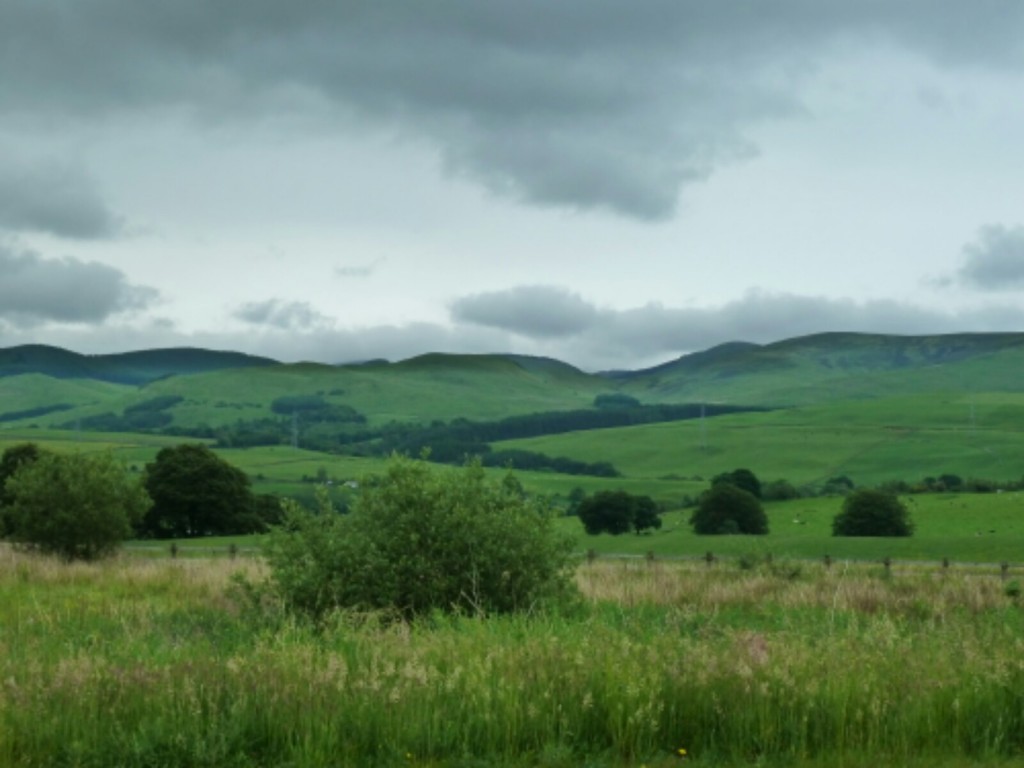 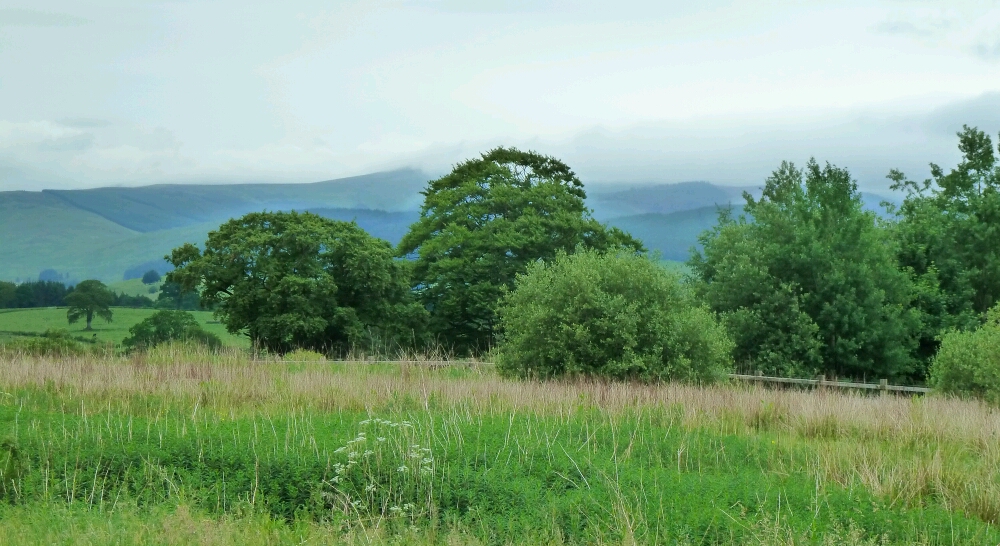 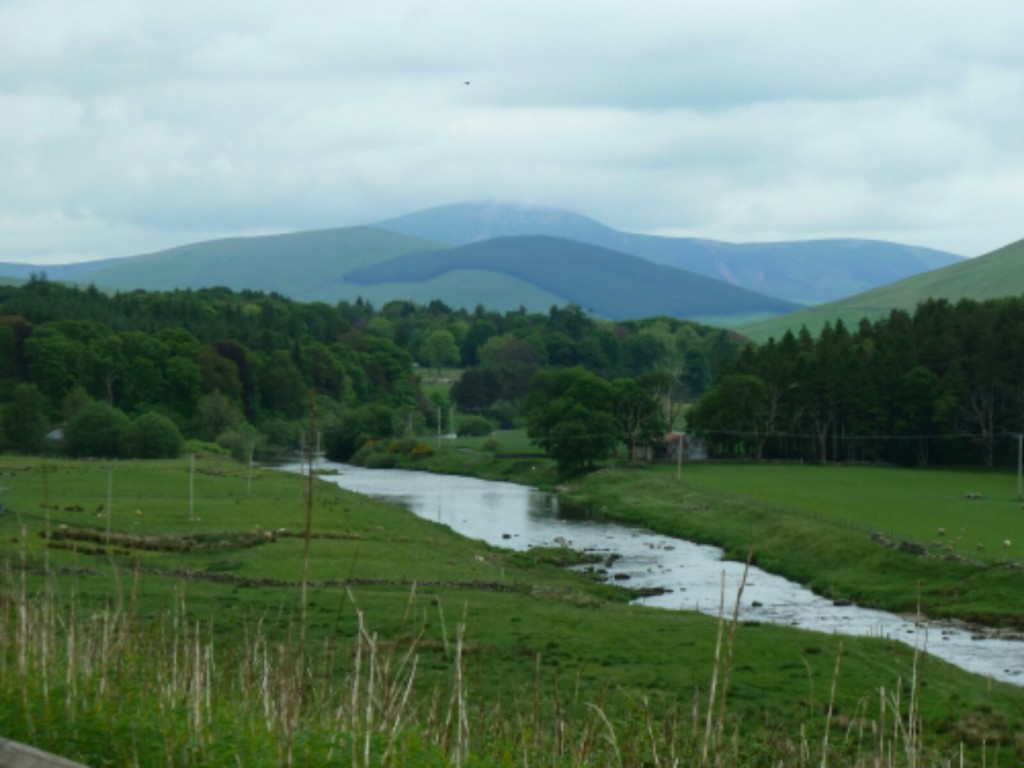 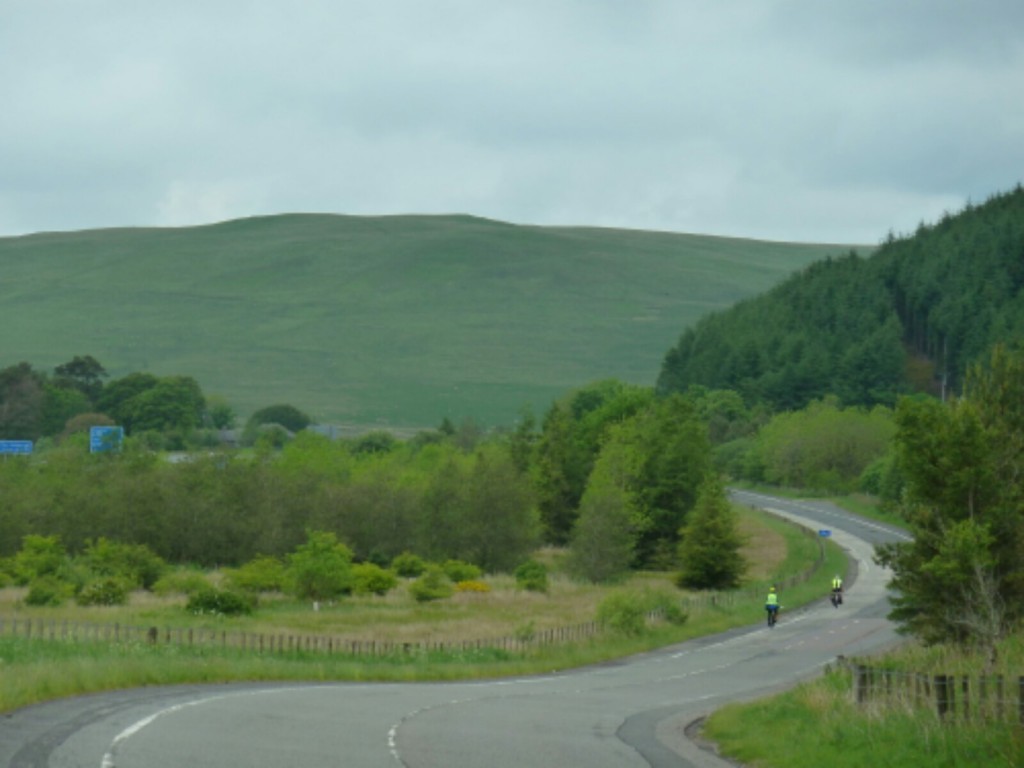 We arrived at the campsite in Abington in good time and not too tired today- it would be nice to think that we are getting fitter but in fact the roads today were kind. Also every mile today was a mile further north, usually we are weaving around East, West and sometimes even south. 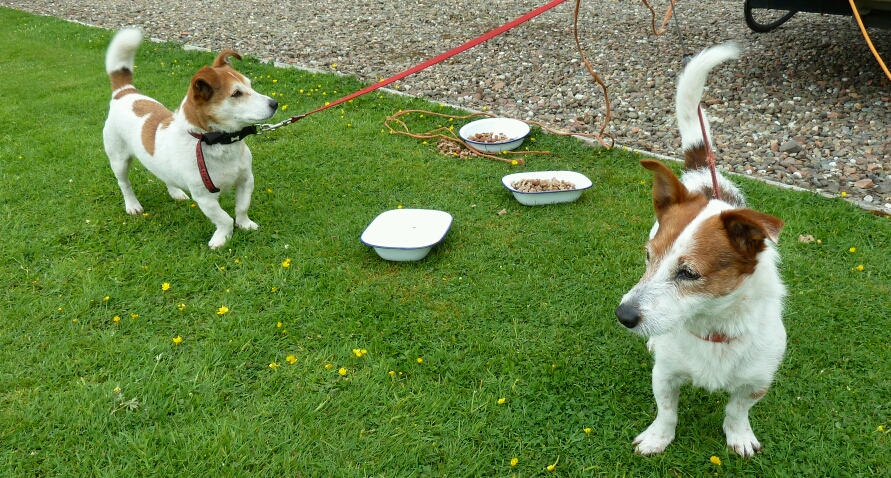 « Midges, mizzle and mist
Into Scotland »
View more posts from this author

3 thoughts on “Over the watershed into the Clyde Valley”