We had a varied day , another slight aside from the main project. We had to be back in Kirkwall to catch the ferry to Shetland just before midnight so had a day to see more in Orkney. We were determined  to see Scara Brae the extraordinary neolithic village on Orkney, and as luck would have it our evening before catching the ferry would be well used as it is the annual St Magnus Music Festival started by Sir Peter Maxwell Davis and there were tickets left for the final concert with the BBC symphony orchestra. 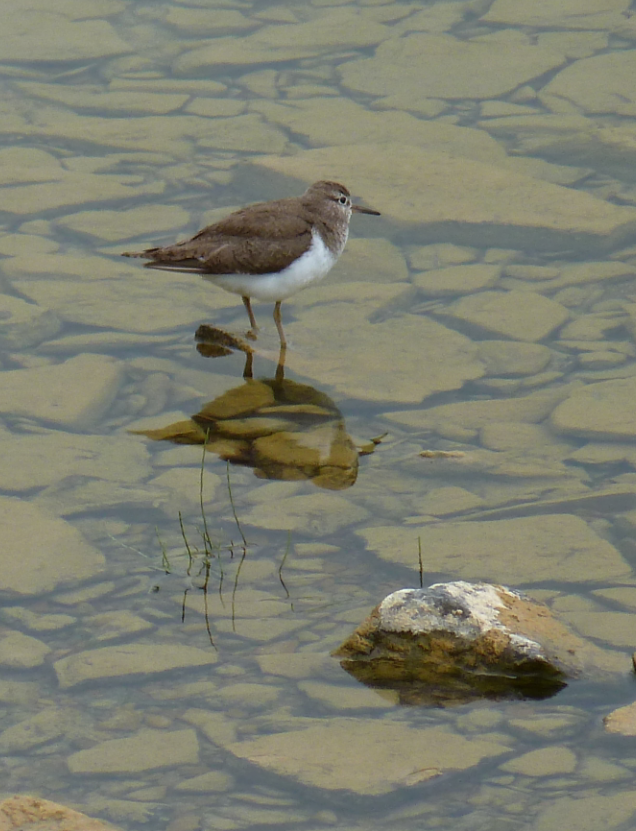 We started out from the camping at Stromness in light drizzle but it eased after a while and we cruised gently round the quiet roads to the sight of Scara Brae- it was discovered in 1850 when a huge storm shifted a large sand dune revealing meticulously made dry stone walled houses. Luckily the local landlord who lived a feww hundred metres away recognized its importance and started to excavate in a careful way and recorded his finds.

The village is a fantasticaly preserved village from 5000 years ago- before Stonehenge , the rooms include hearths, stone box beds and even sideboards complete with families precious artefacts , bone needles, jewellery made from local materials and cooking pots. Stone age man was NOT primitive by any means , the houses are well made and show they must have had a well organised social structure. Interestingly there was no evidence of any weapons . 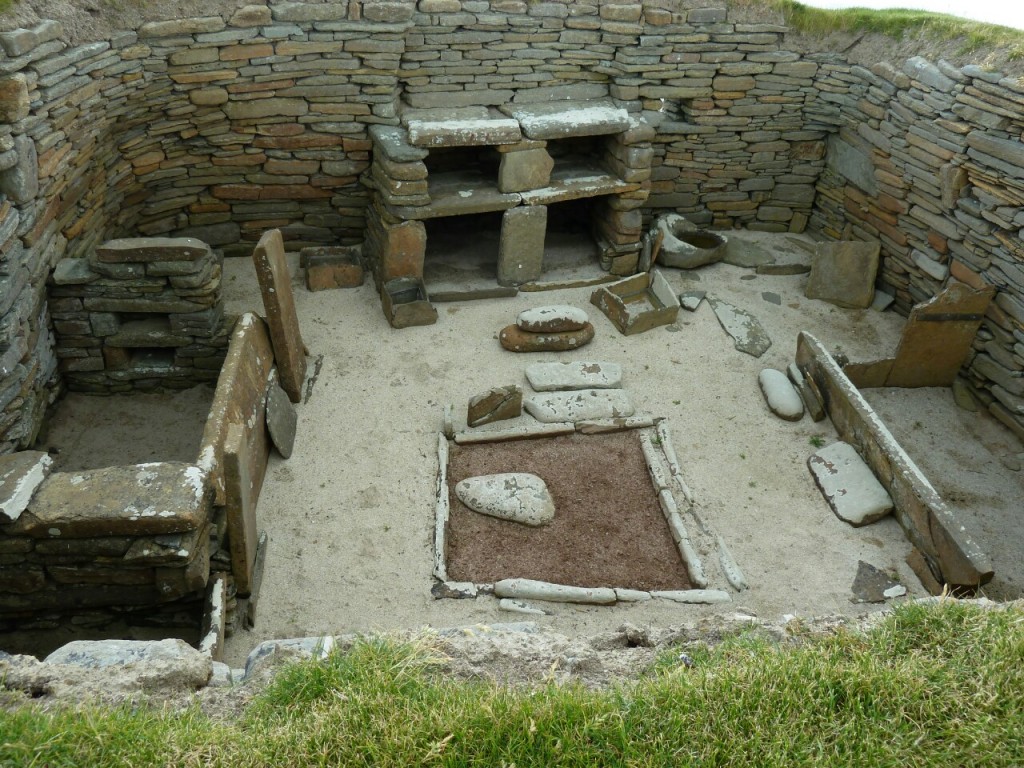 Interior of one of the houses with stone furniture :dresser, box beds. Cupboards and hearth

We stopped off again at the Ring of Brodgar  as we cycled past and it seemed a good place for our lunch of oatcakes and cheese. 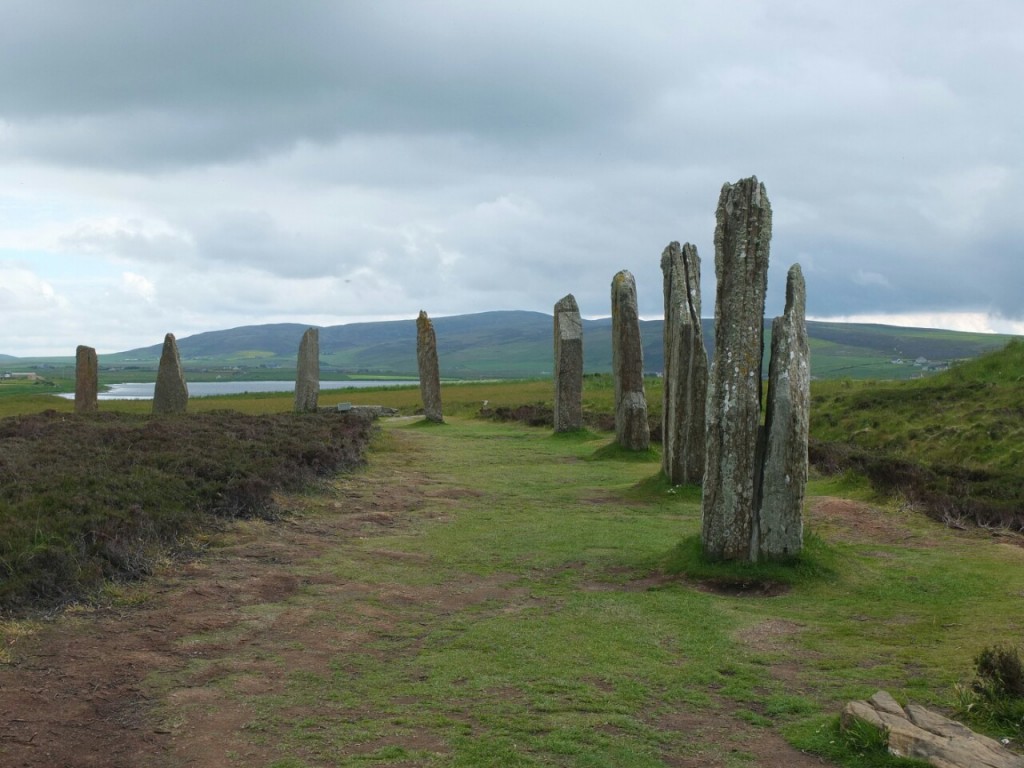 We set off back to Kirkwall and thought that we might need to pay the campsite for a nights lodging to be able to clean up and cook before going to the concert in the sports hall next door- in fact they are really welcoming and have a special arrangement for visitors- three pounds to use their excellent facilities for the evening. We also had a quick visit to Kirkwall cathedral- unusual as it is owned by the city not the church , it was built by Vikings  and then given to the city by James III of Scotland. It had some impressive old architecture including leaning pillars but also  a great collection of macabre headstones particularly from the 1600s keen to show everyone that death is inevitable- lots of skulls and bones in evidence. 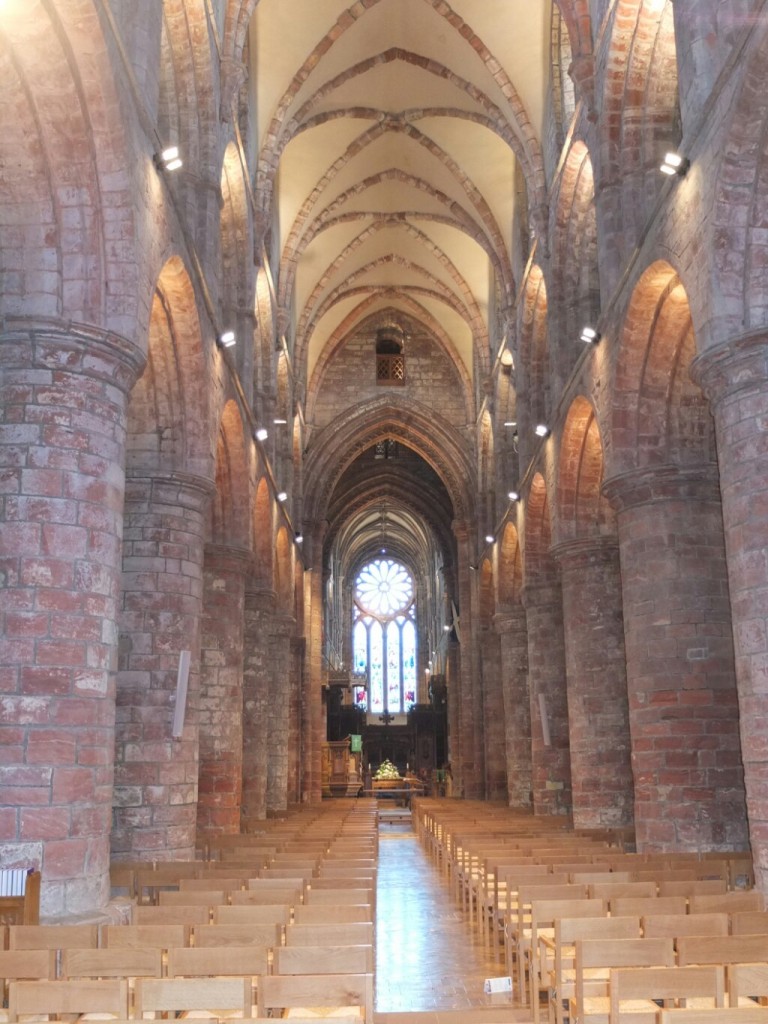 Interior of the red sandstone cathedral 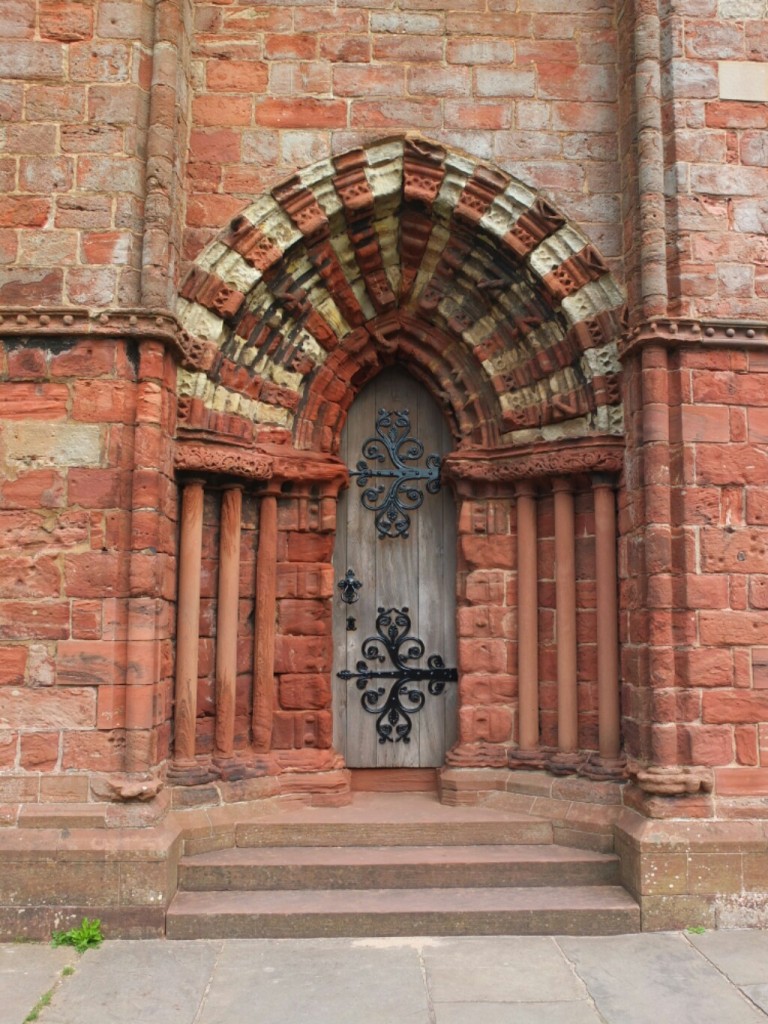 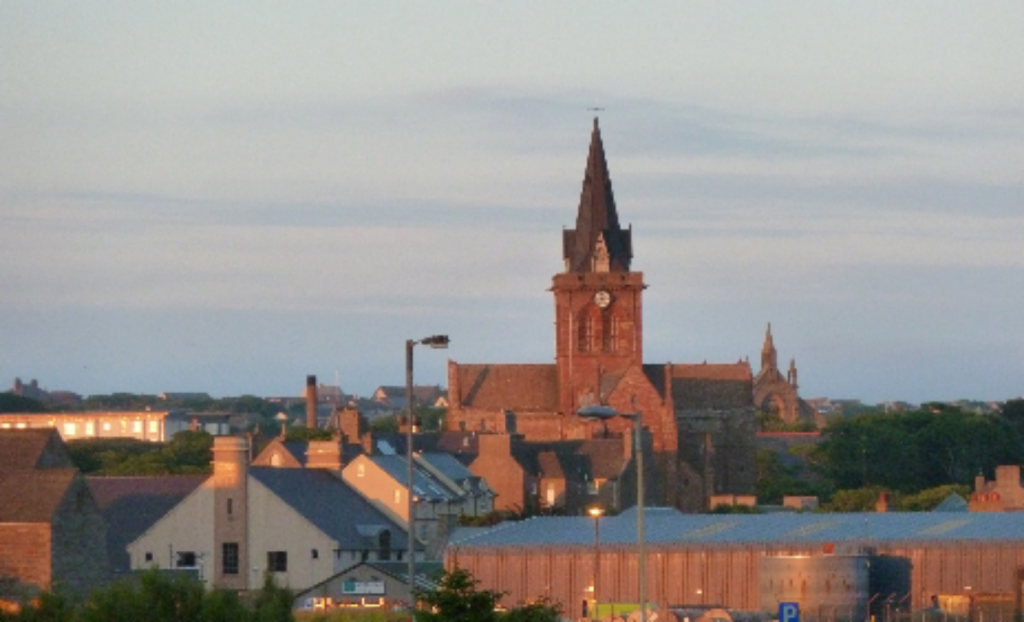 Cathedral in the evening light over Kirkwallk 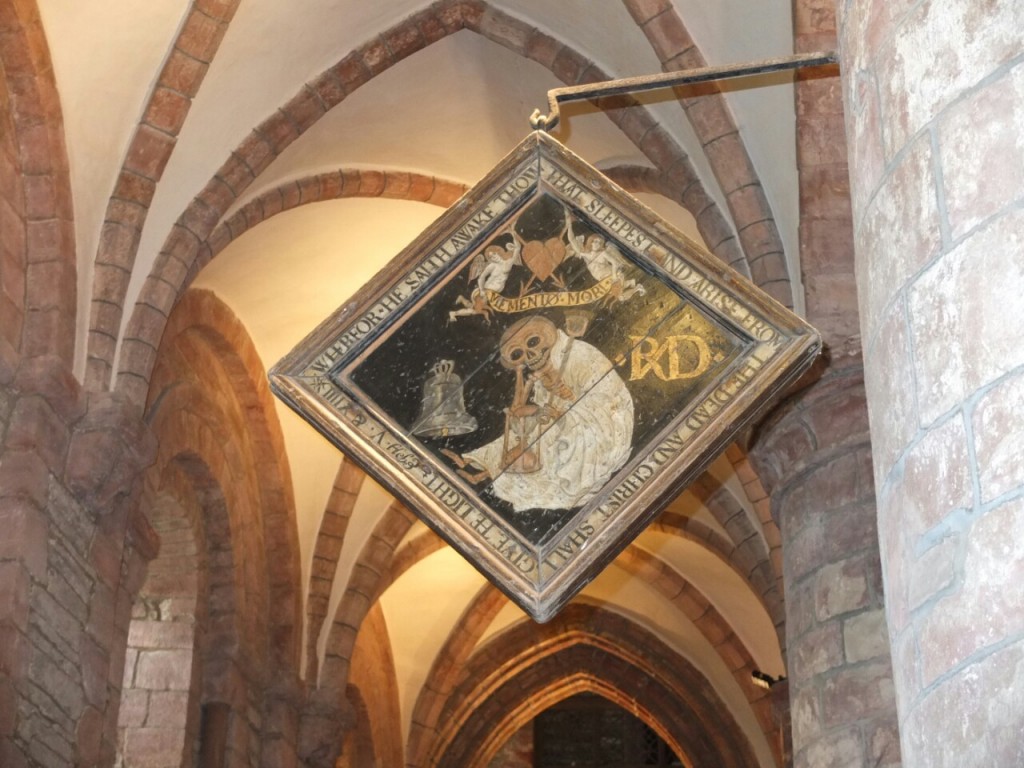 To commemorate a tradesman 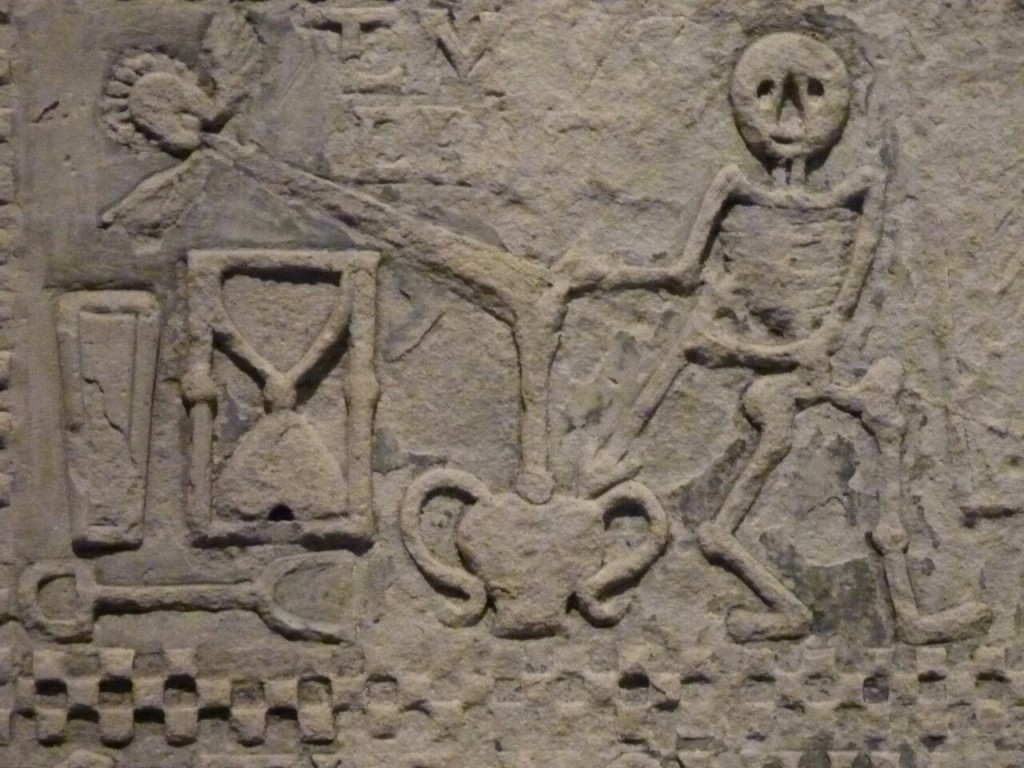 We set off for the concert venue clean but feeling potentialy under dressed in our camping outfits but it wasnt a problem – nothing too stuffy about people here. The BBC symphony orchestra was playing along with the local Orkney Community choir- no auditions needed. It was a great evening and some how it seemed fitting that the second half was Beethoven’s 9th, much appreciated by some German cycle tourers we have met several times and made friends with , they are completely bemused by the Brexit vote and it is good that they do not see the UK as completely anti-European. 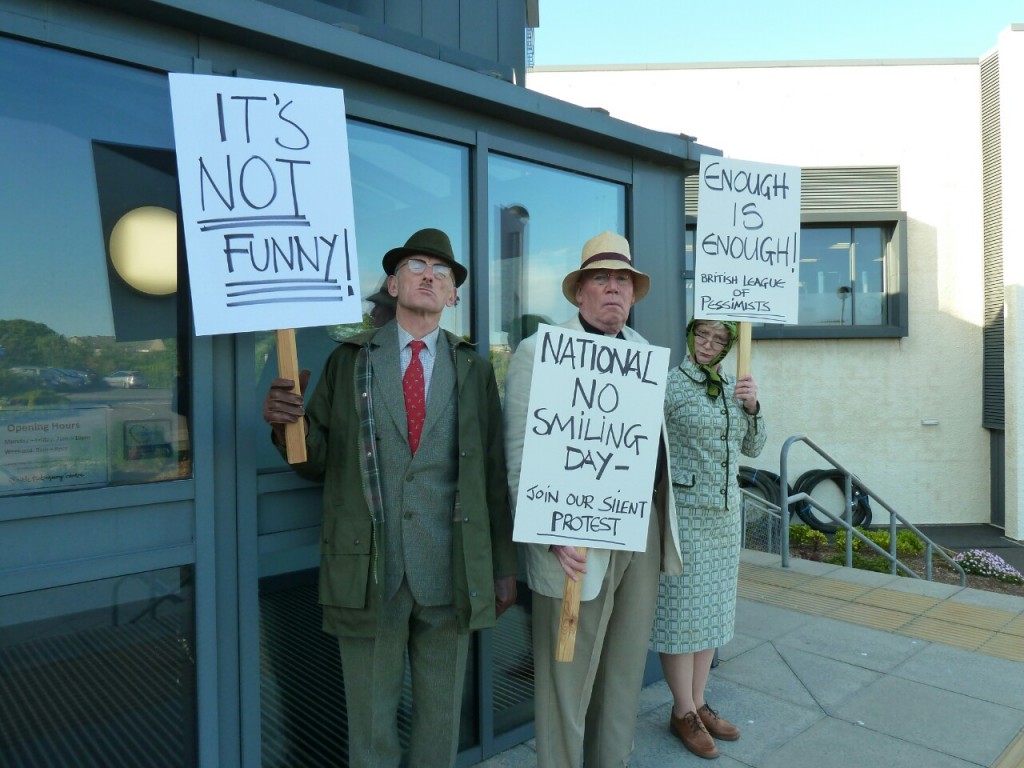 Outside the concert, they made us laugh

We were pleased by the local touch at the end- instead of giving the lead musicians flowers they each got a bottle of local malt whisky.

We had to rush at the end of the concert and cycle a little way out of town to the Ferry terminal in thick mist that had come down suddenly. There we wheeled the bikes onto the ship and settled down for a sleep (we hoped). We had paid a bit extra for “sleeping pods”, sold as being like those in Business class on aeroplanes – in fact they were very uncomfortable and we had a bright light shining down all night (everyone else was in darkness- are we marked out in some way?)