From Arpajon to the Tarn

16th September we camped at Arpajon sur Cere in the rain and it poured in the night so we set off damp with a soaking tent. Cycled over rolling terrain and then a marvellous descent to ther valley of the Lot river at a lovely little town called Entraygues sur Truyères. Lunch by the river admiring their medieval bridge and also their modern hydro schemes, the Truyères river supports several dams and produces electricity for half a million people. 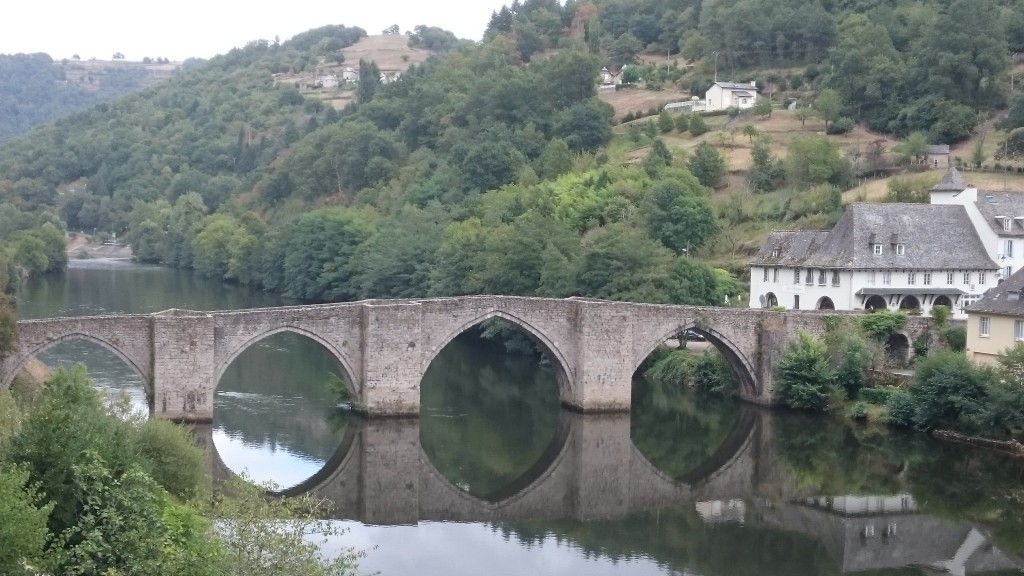 The bridge at Entraygues, built by Henry 2nd, a busy man.

Then up the Lot which should have been an easy cycle but the road was firmly barrée while they consolidated the cliff, the deviation wasn’t very far but involved a big climb and felt tough at the end of the day and we arrived quite late at Comb d‘olt where we had booked a Chambre d’hôte.
The room was lovely with a man who had retired back to the village where he had grown up,  buying an old house, the one where he used to come to buy milk as a child. It had been neglected and he has done a lot of work really valuing the old fabric of the house but also making it very comfortable. He cooked us dinner, a delicious 5 course meal and we were able to dry the tent and ourselves and wash some clothes and generally feel more human

Estaing one of the pretty medieval villages on the Lot

Comb d’Olt is a beautiful medieval village with a church with a crooked spire but unlike Chesterfield it seems to have been deliberately built crooked to look like a flame.
Next day was dry and cold. A long steady climb out of the Lot valley over a plateau which changed from igneous rock to limestone and camped at Severac Le Chateau. Very cold.

Next day was gorgeous: a short climb from Severac then an amazing descent down a steep valley into the Tarn gorge. The rest of the day was cycling up the Tarn through the dramatic and spectacular rock formations of the Gorges. The road is a real feat of engineering as it goes through tunnels under overhangs and along ledges. The river is green and silver in the valley bottom. The rocks and cliffs are white and gold and form pinnacles and huge cirques. Castles perch on rock pinnacles and tiny little villages cling to the steep hillsides, often with their only connection with the road being a cable across the gorge or many kilometers of footpath. 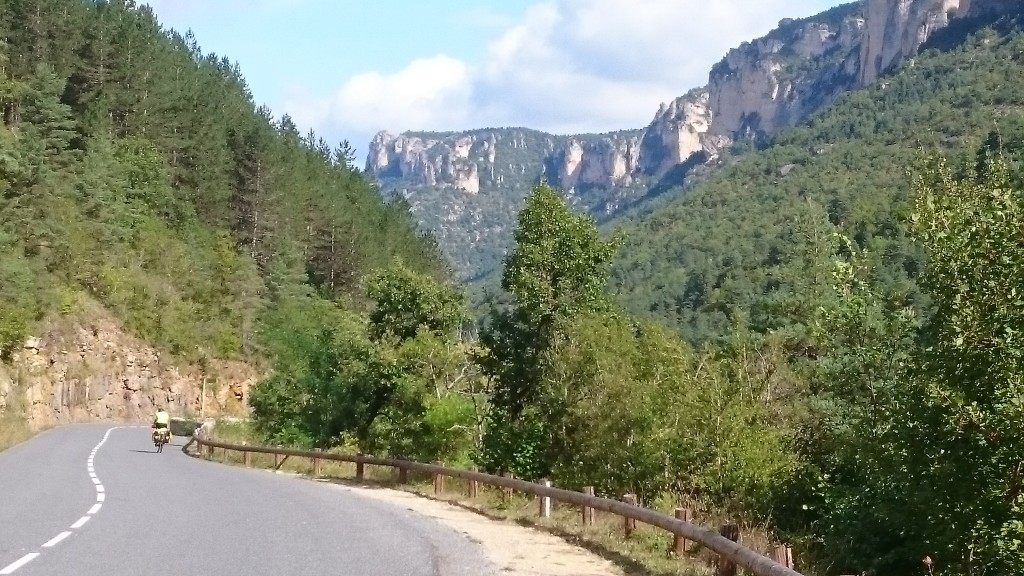 Cycling through the Tarn gorges 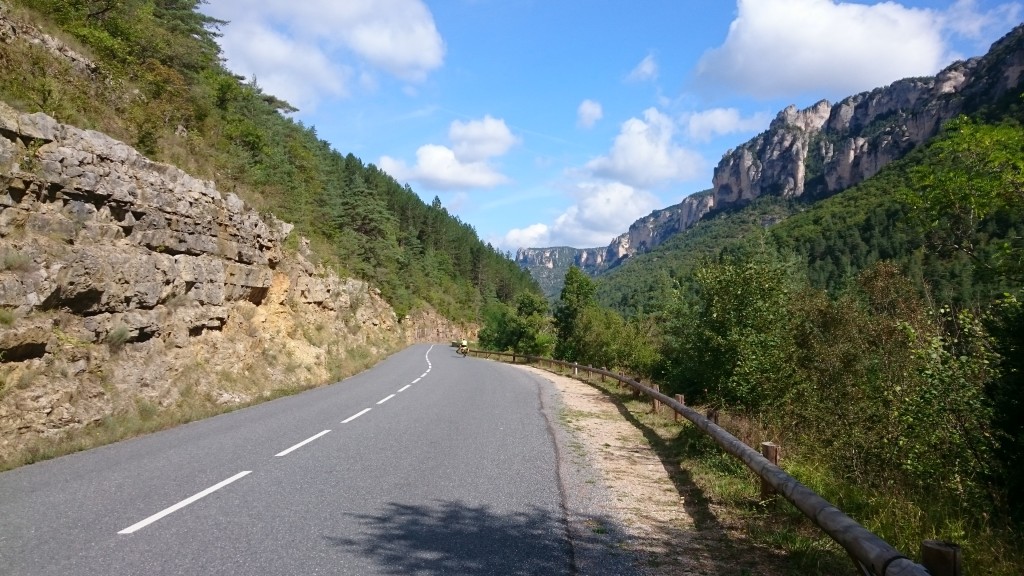 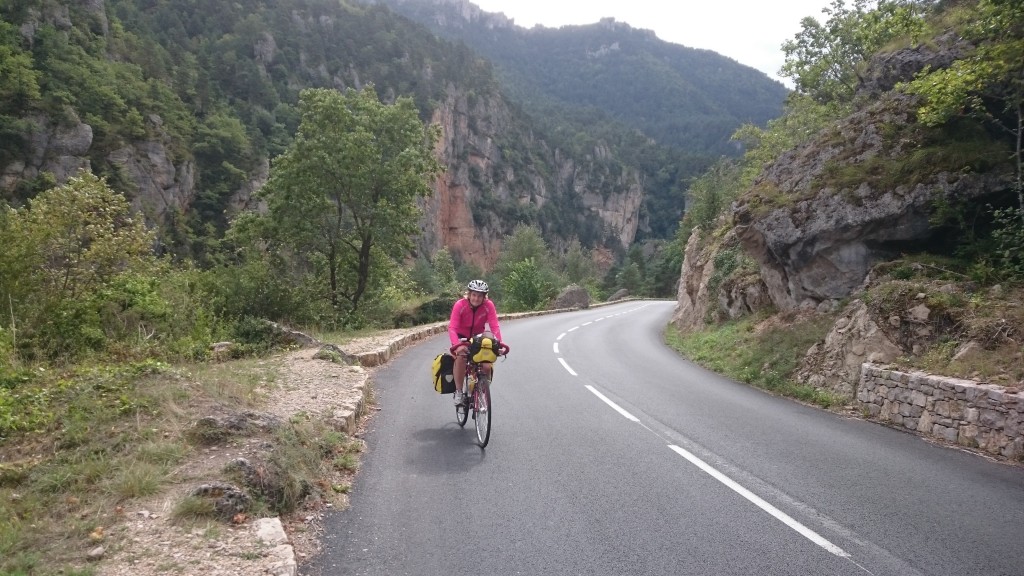 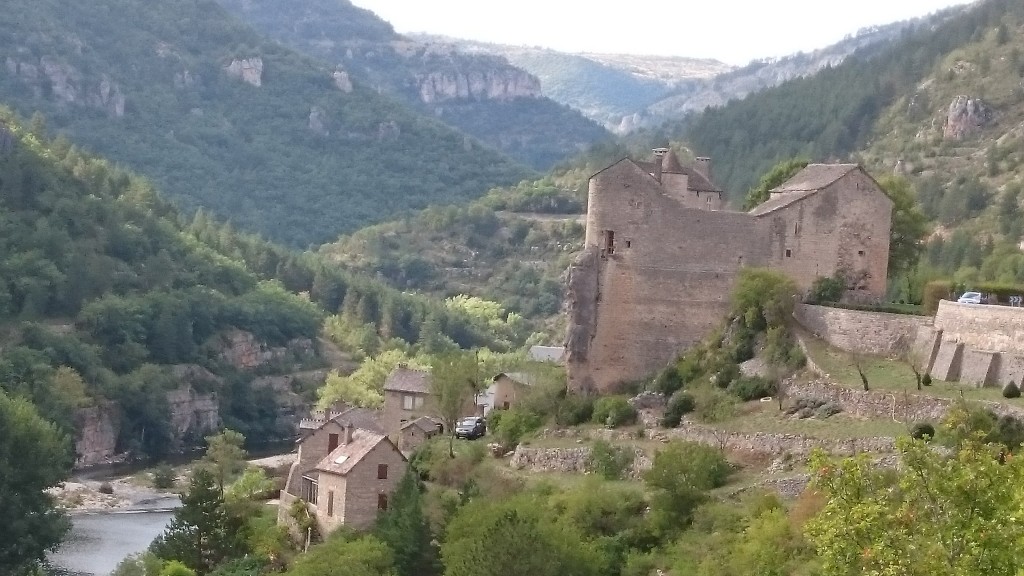 We camped by the river by the tiny village of Castelbouc in a campsite which was officially closed but the owner said we could stay as he hadn’t yet turned the water off. 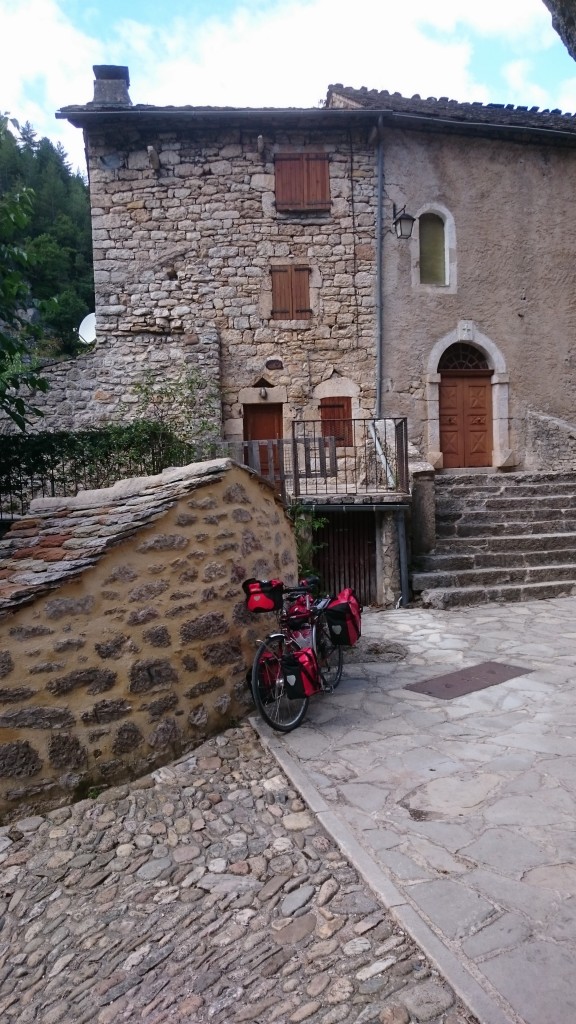 In the medieval village of Castelbouc

Idyllic spot by the river 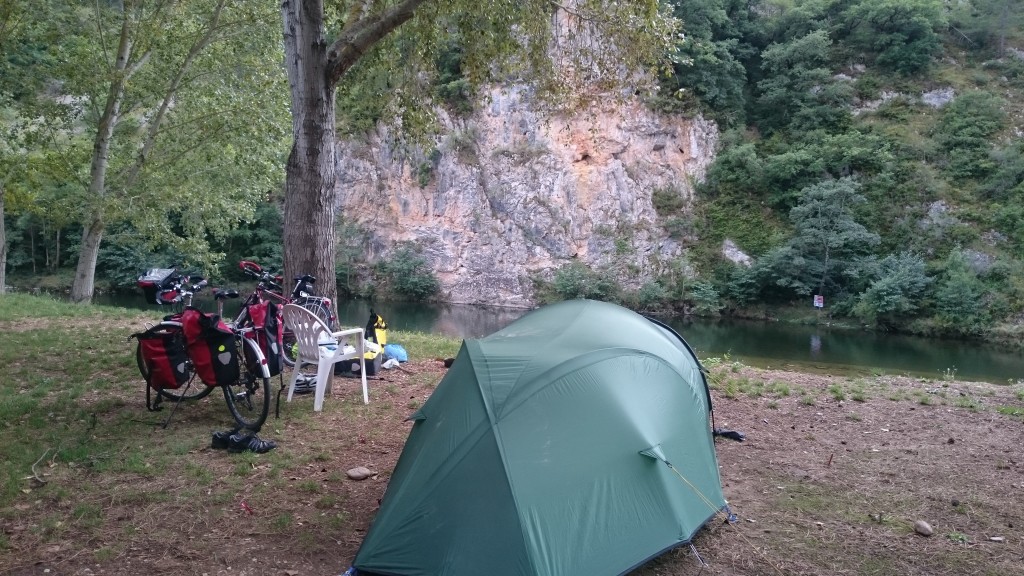 Today we pedalled on up the Gorges to Pont de Montvert, well above the popular parts of the gorge, high at almost 900 metres and feeling really quite remote. The Tarn is small up here, the town not at all touristy. Young people running the shop and the cafes. We are camped on the Camping Municipal. Legs quite tired. 3 more days to Orange.

2 thoughts on “From Arpajon to the Tarn”