We shall be cycling on traditional steel framed touring bikes that we have had for some years- these were made to measure at the Bike Factory at Whaley Bridge, the measurements then sent to Biaggi and the frame welded together, Rob then constructed the bike adding components we chose. Surprisingly not much more expensive than one off the shelf, and they could be adapted for our various orthopaedic issues!

The bikes have low gearing MTB gears to allow for grinding up passes when fully loaded , but at the expense of relatively low top speed.

Over the years since we have adapted, tweaked and modified  them- as do all cyclists, something to keep you occupied in the winter months!

Recent changes include buying dynamo hubs to keep things charged as we progress , a new rear wheel for Martin (rim worn very thin after using bike over the winter on gritty roads) and a front pannier on Martin’s bike 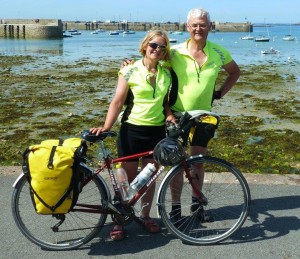 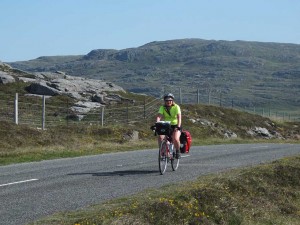