We spent the night with friends in Shrewsbury- another comfortable bed so we are not that hardy really. Mike , Anna and Ruth really looked after us so we were raring to go this morning, respect to Heather who was away in London for the Ride London event- cycling around the centre of London in the middle of the night on empty roads- and a night with no sleep. We need sleep too much to contemplate that at present.

We set off from Shrewsbury with Mike showing us a better way down to the river and accompanying us for the first 10 miles or so – making it a really sociable relaxed start to the day. We stopped briefly at the ruins of Moreton Castle-  a Medieval stronghold and then Elizabethan House that fell into ruin but is still impressive 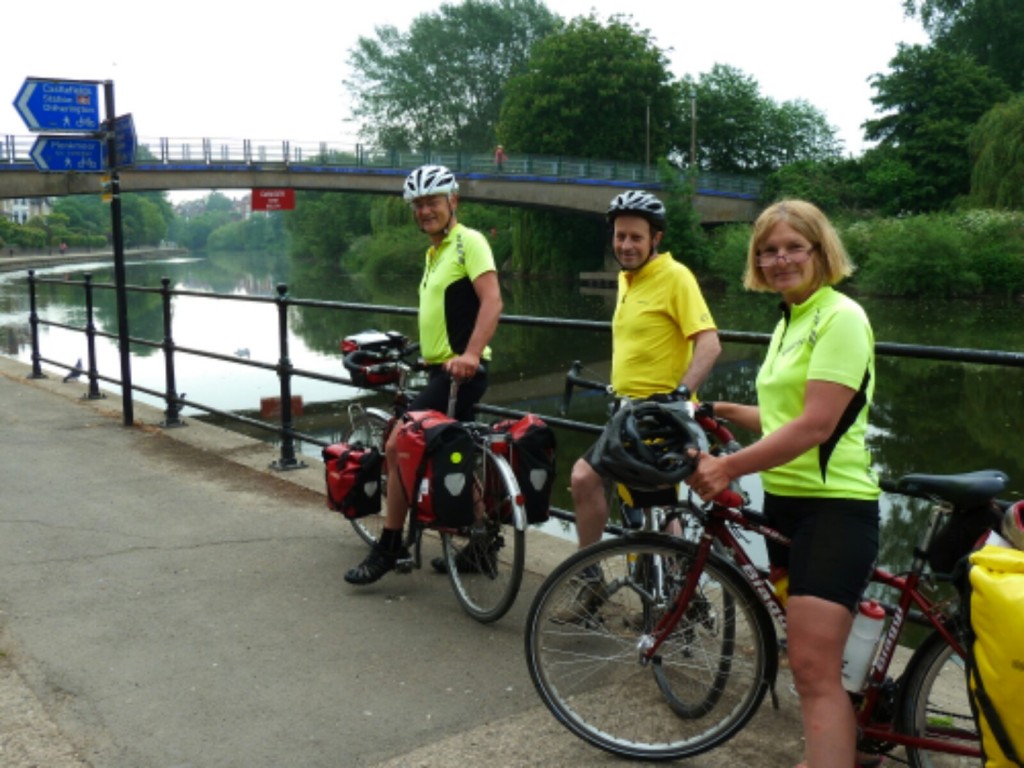 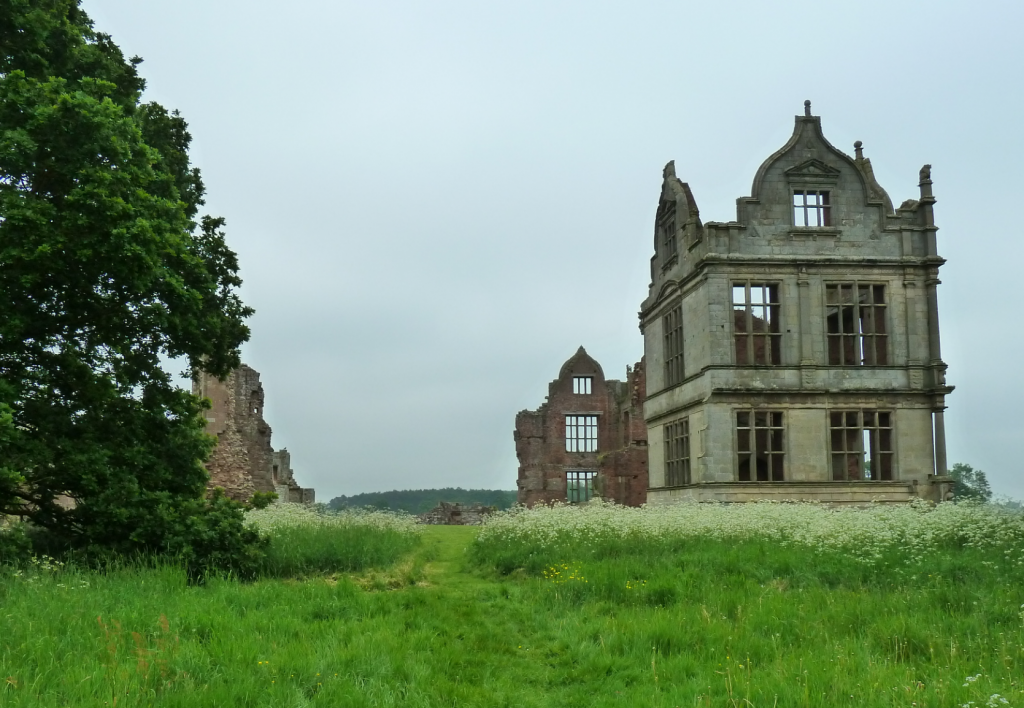 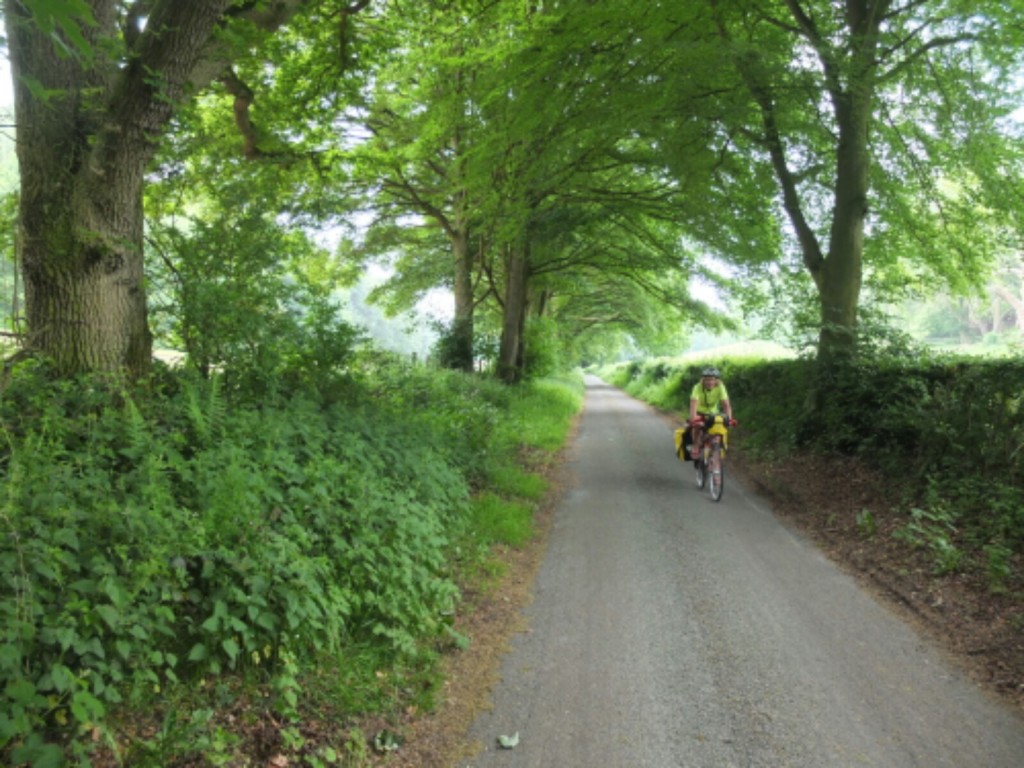 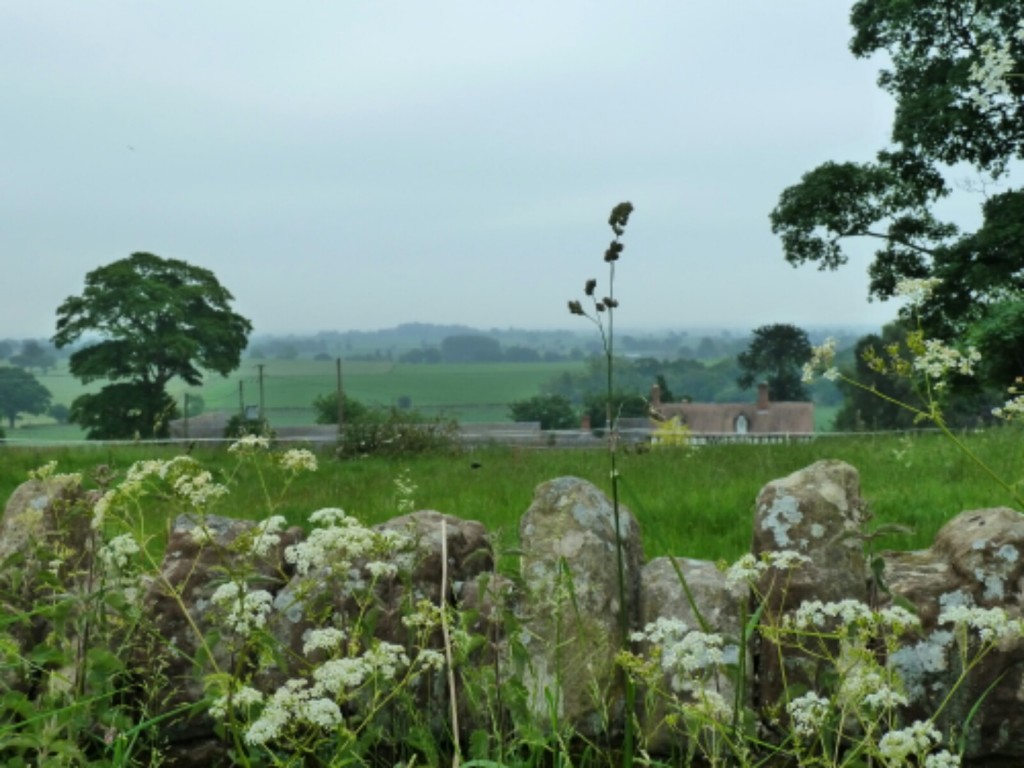 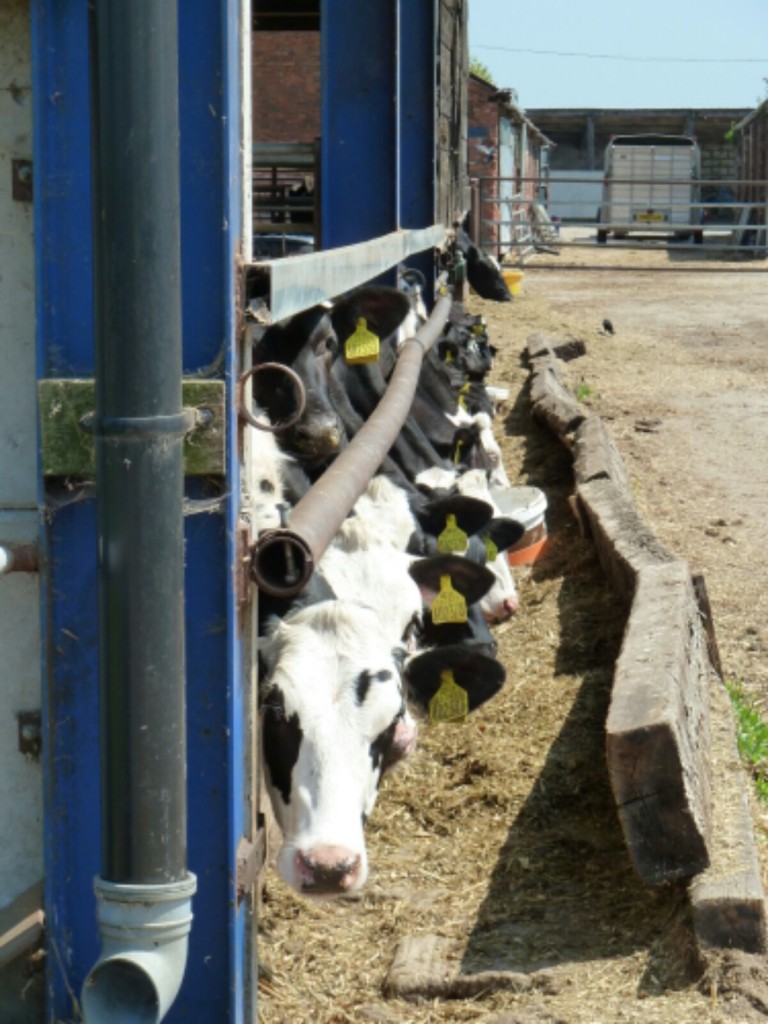 We settled into a rhythm making good progress across the flatter part of Shropshire- in marked contrast to crossing the Long  Mynd yesterday. We then met up with our “outriders “ for the day- Mark and Michelle had come down from Manchester and met us half way through the day and we cycled with them for the rest of the day- the easy conversation helped the miles fly by relatively easily as it was all pretty flat as we headed into Cheshire. We had our lunch sat in the sun in a field and then pressed on- getting really hot as the sun blazed down- so a medicinal stop for ice cream was essential. We sat in the shade watching narrow boats navigating through the canal lock with a cup of tea and an ice cream- British summer at its best . 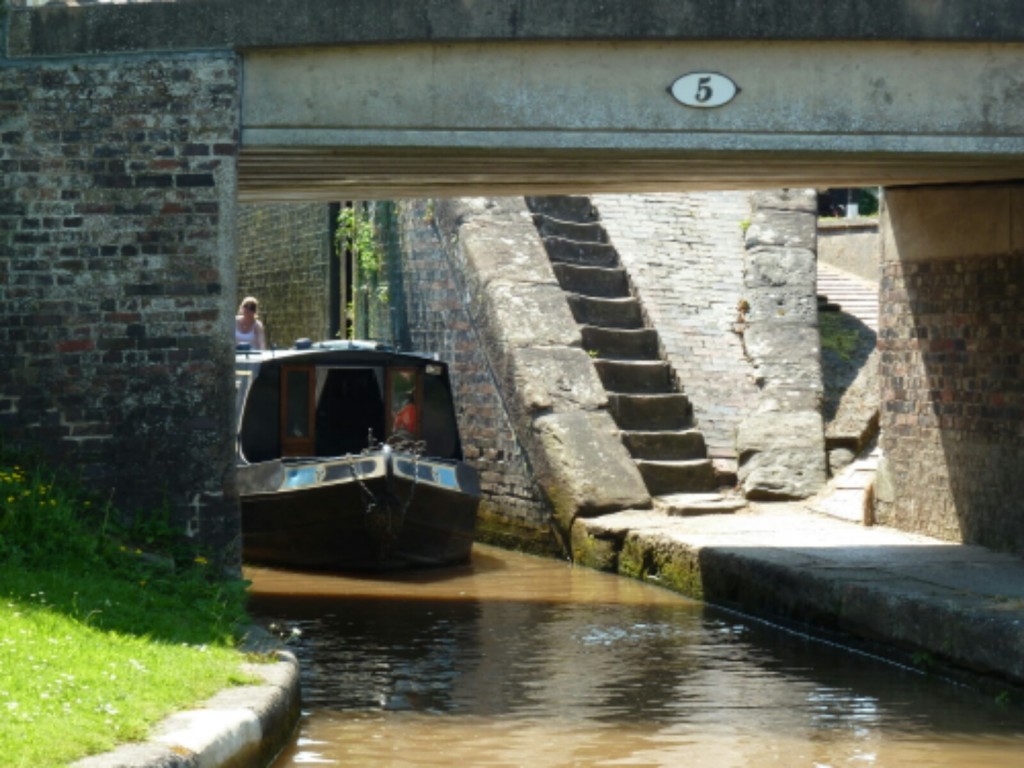 We hadnt realised that the campsite we had booked was near Oulton Park racing circuit and as we passed the roar of the race reverberated- the British Touring Car championship. We avoided a huge traffic jam as people were leaving by a detour through the woods on a sandy path  ( seems ironic, lots of Jeremy Clarkson types sweltering in the heat in the traffic jam whilst we whizzed along on our low tech bikes) . 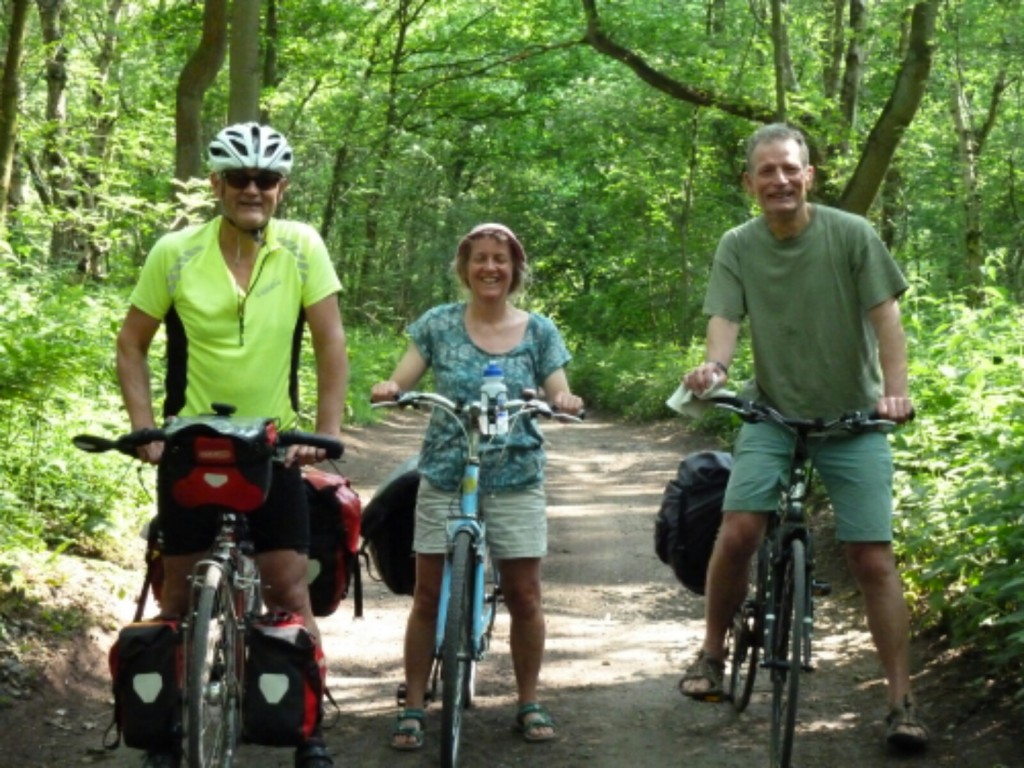 Avoiding the traffic – a detour in the woods 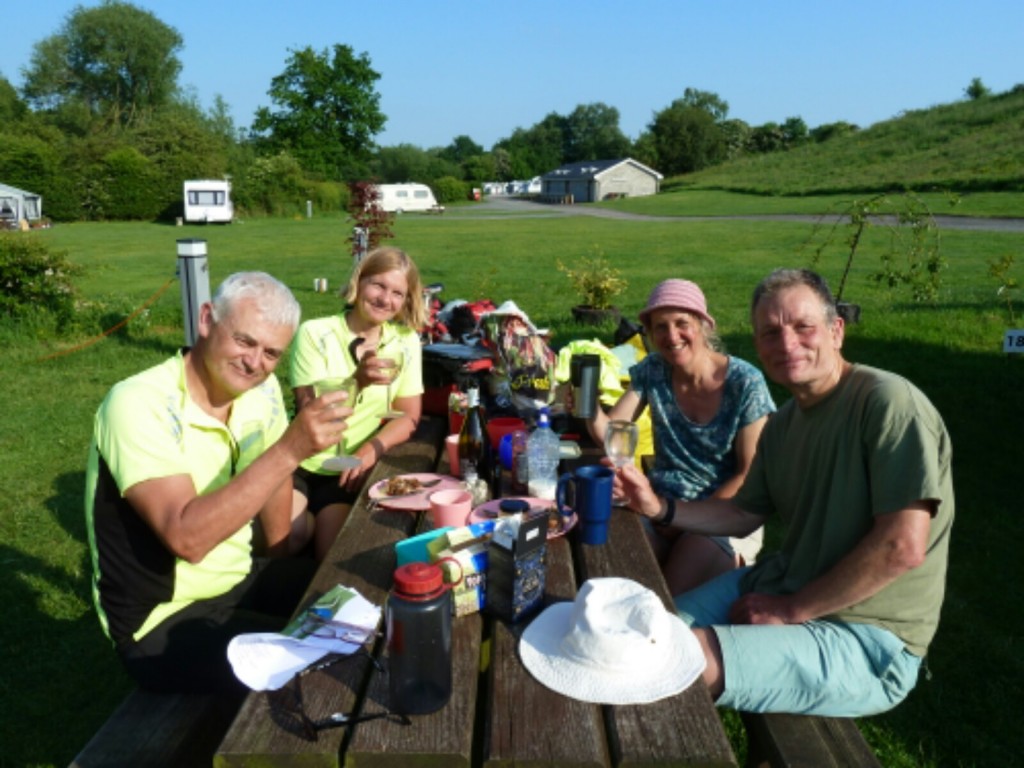 Impromptu party at the campsite- thank you Mark and Michelle

2 thoughts on “A sociable day”