A very long day through Manchester

Today was tough, we rather underestimated it as it was a pretty flat route and the luggage has much less effect without hills. However we hadnt factored in the stop start nature of navigating past the outskirts of manchester and our over optimistic trust in a book with a suggested route.

The day started well,  the Shays Farm campsite was really comfortable and Lisa who runs it made a generous donation . We set off through the lanes of Cheshire again into deepest Osborne country around tatton park, the stereotypes of the Cheshire set seemed remarkably true as most of the cars passing us were Range Rovers. 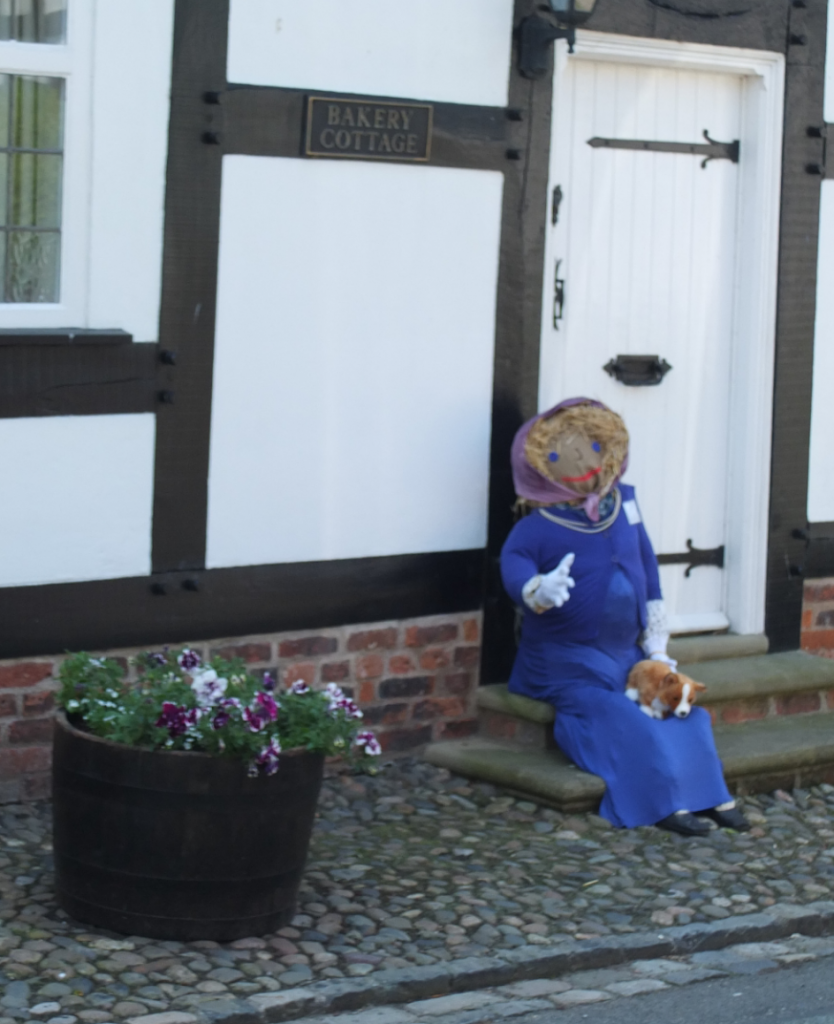 We stopped to look at the uniqued Anderton Boat Lift- canal barges are lifted and lowered in tanks of water rather than using locks. It was restored some years ago and is busy with a queue of boats waiting their turn. 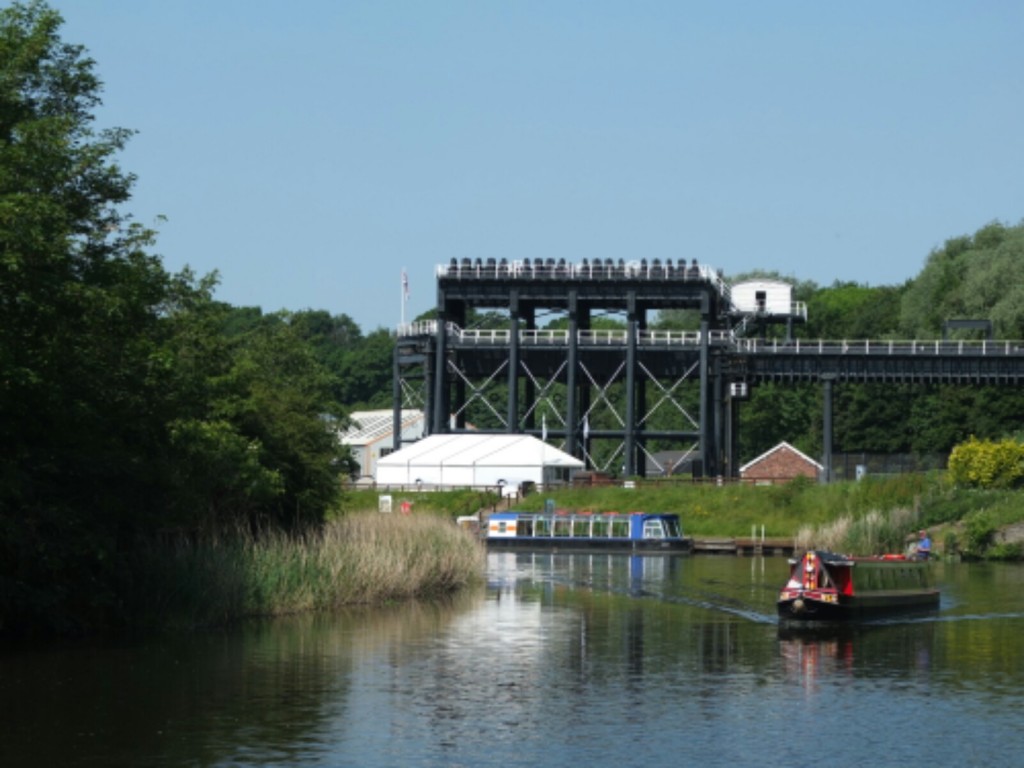 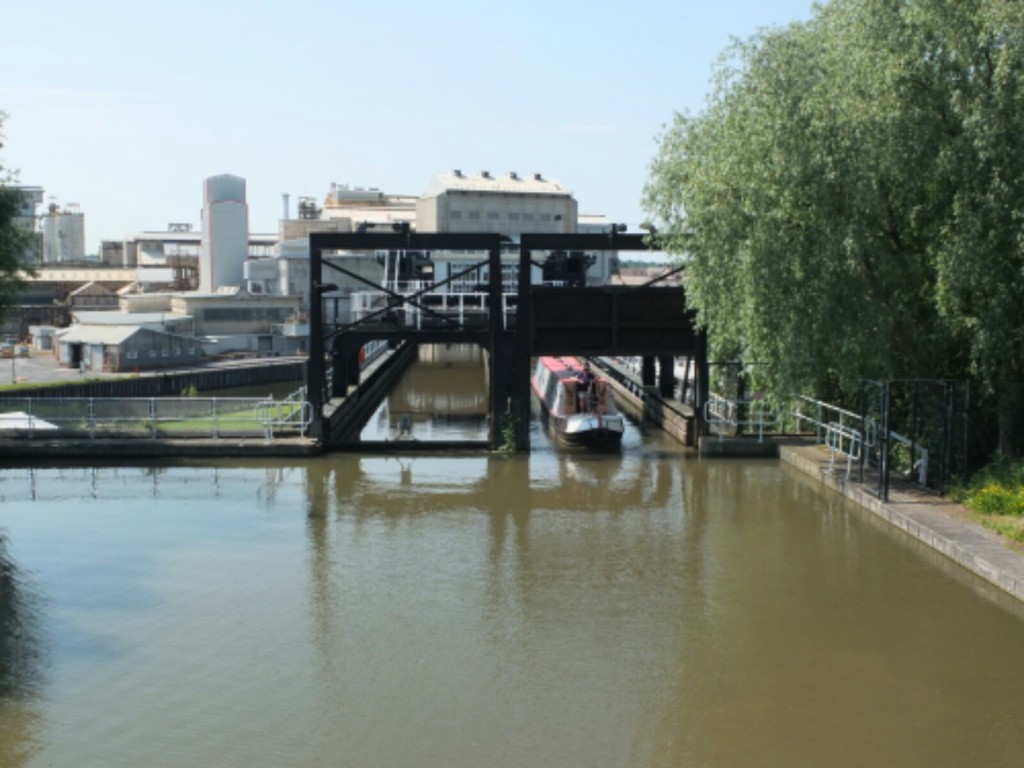 The roads got busier as we neared Manchester, we had had to skirt east nearer Manchester as there are no good cycle routes crossing the Manchester Ship Canal to the West- they all involve busy main roads that we are keen to avoid.

We skirted Manchester Airport and into Wythenshaw – wher Gayle workeed years ago. In fact there was a good network of cycle paths through Manchestr- mostly off road through parks and along waterways, we went past Wythenshaw Hall tragicaly badly damaged by fire recently.

although the paths were good it was slow going as we had to stop to cross main roads and many of the paths had assorted barriers to  stop joyriders and motorbikes- but also very effective against heavily laden touring bikes with bulky panniers. 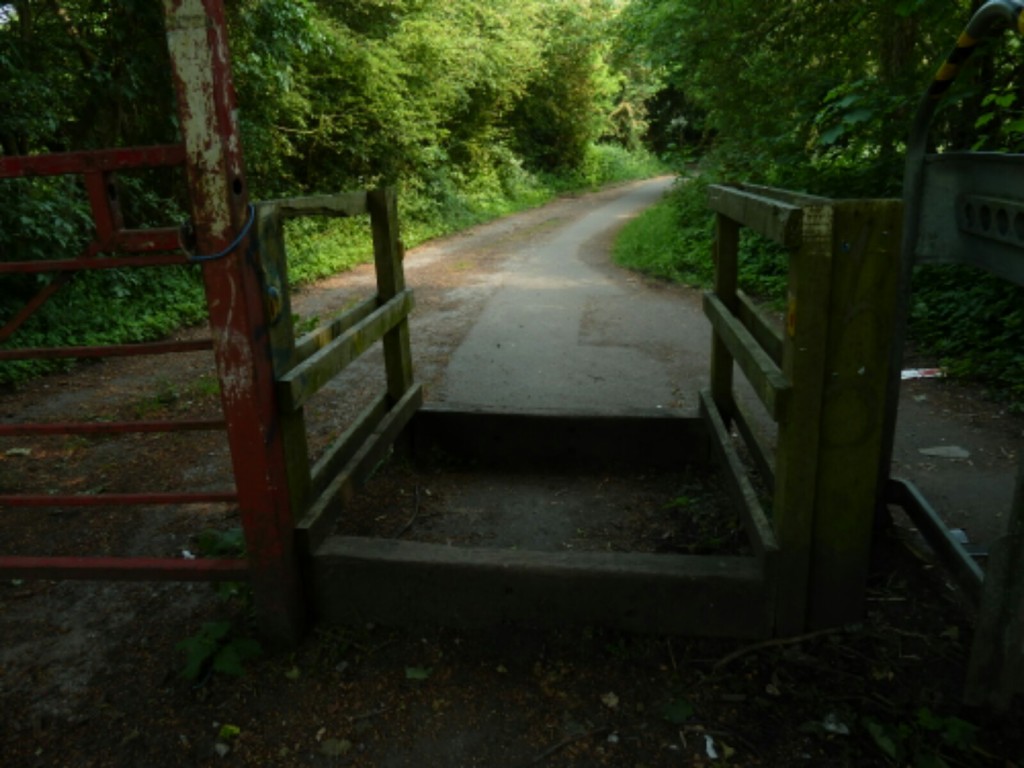 We stopped for lunch outside a Spar in Wythenshaw and then carried on along the Mersey and canals crossing the Ship Canal easily. 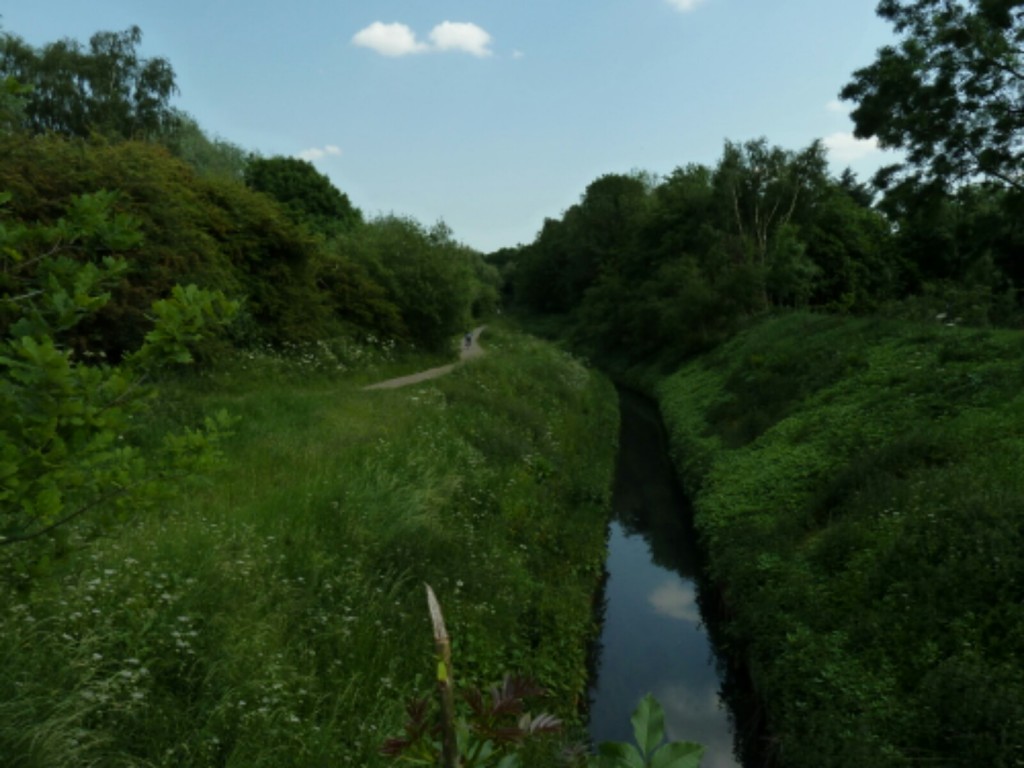 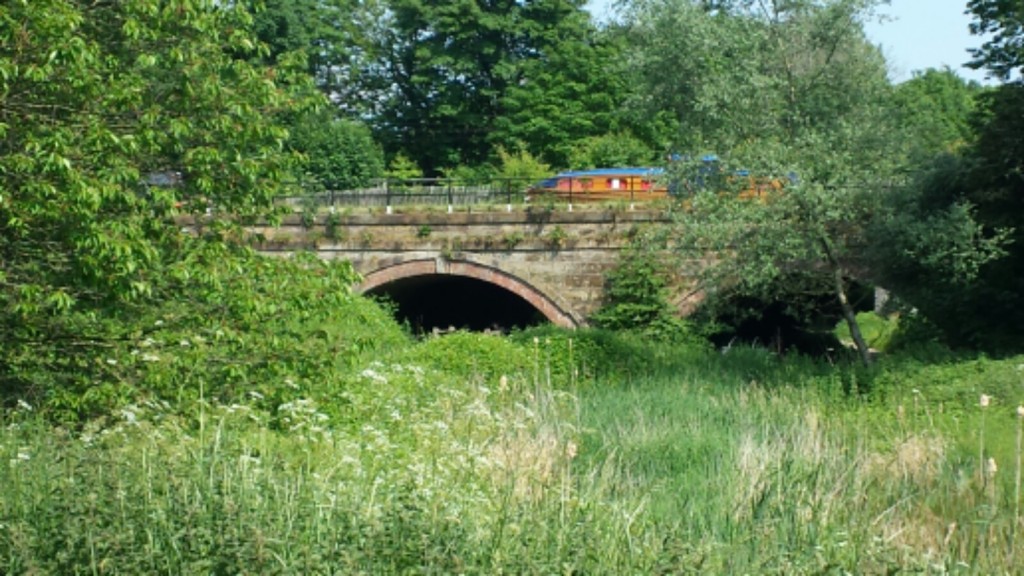 We were following a route we had found written by Royston Wood in aa book “End to End- thesafer way”. We had used part of his route on some other sections and foundd it to be reliable and good at avoiding main roads, however today things seemed less good- first we went along quite a busy main road towards Leigh, then we had to cross a really busy dual carriageway to get onto a narrow track, it took ages to wait for long enough gaps in the traffic. Almost as if to compensate the route then took us along a path on some old railway lines- but it was overgrown with  poor surface and got narrower and muddier until eventualy we abandoned it and planned our own route instead on roads that wernt too busy. 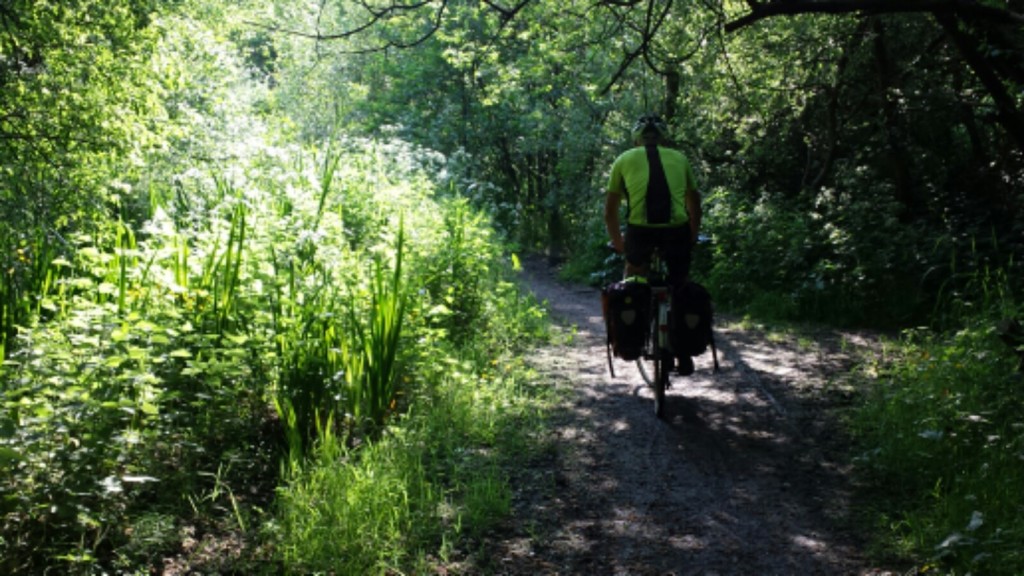 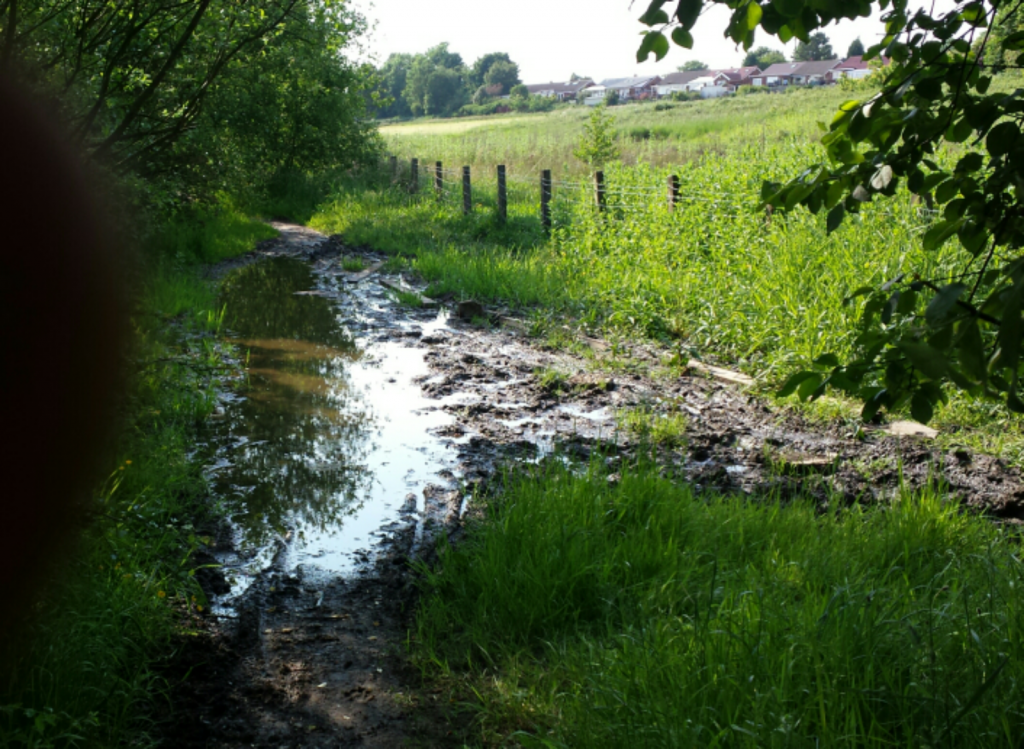 we gave up at this point

The last few hills felt tough and we arrived at the campsite at Rivington at 7.30. tired and dishevelled. The camping was  quiet on a working farm- working hard getting the sileage in late tonight. 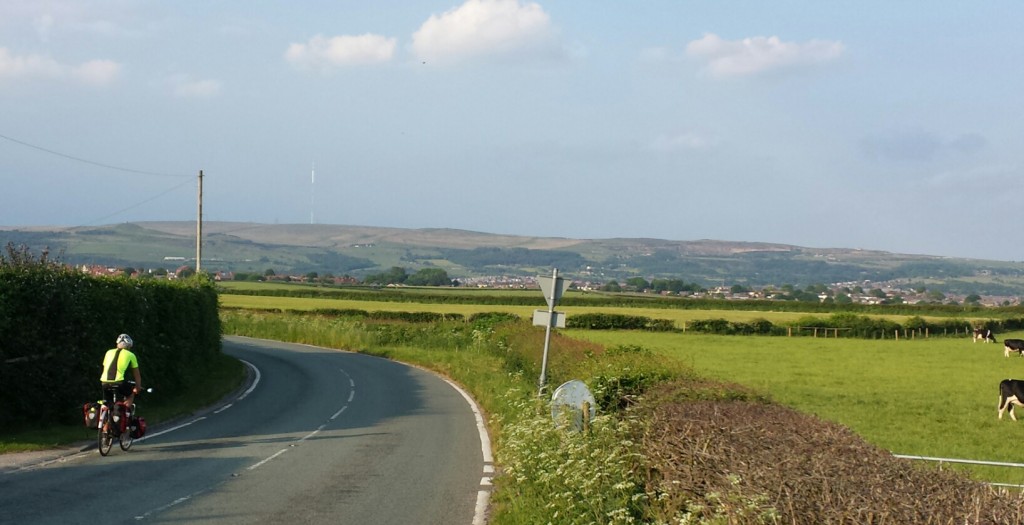 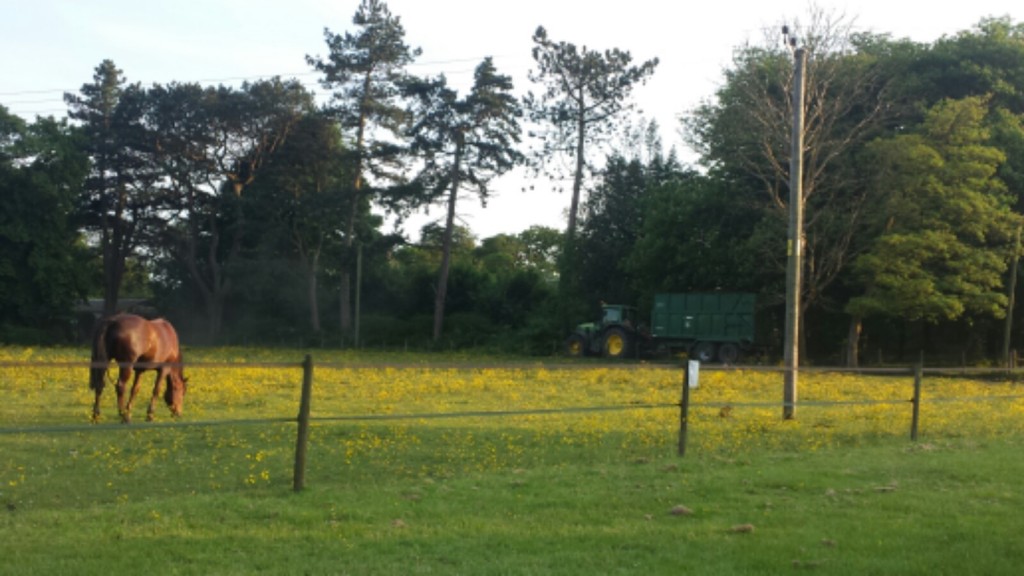 One thought on “A very long day through Manchester”