The Old Man of Hoy

5 miles on bike, 6 miles walking, 4 miles on Ferry- all sightseeing!

We woke up in the tent on the fantastic beach at Rathwick- We had no mobile signal but Martin was able to get onto the radio to find out the referendum result. We feel this result is going to be a catastrophe for our wonderful people and beautiful country and we have been preoccupied and subdued thinking about it all day. It will certainly change all our futures (and more importantly that of our children and grandchildren). It makes our current project feel somewhat insignificant compared to what awaits the UK as we head over a precipice into unknown waters ahead. The Scots we have talked to today have no doubt that Scottish independence is inevitable- even those that opposed it previously. Tourists from abroad find it hard to understand why this has happened. 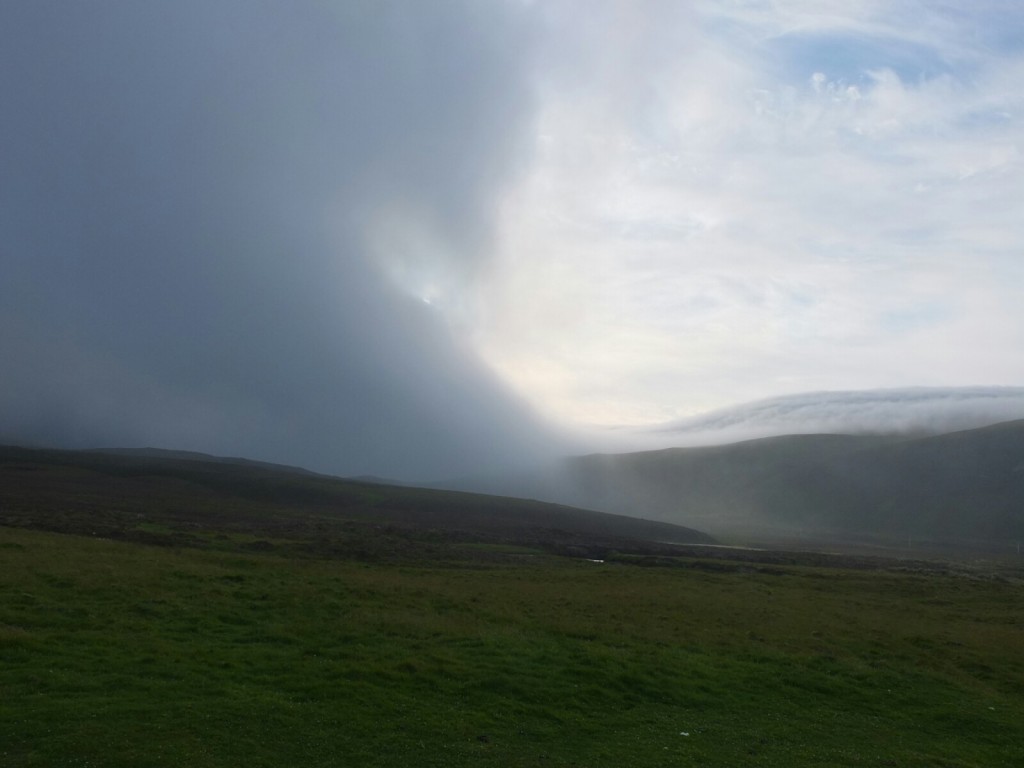 We had to get back up the rough track from the bothy to the road- the gate involved heaving bikes over it without luggage but we were soon on our way walking to the Old Man- past an interesting museum in the old crofts about the local history- Rathwick had a school for both boys and girls as early as 1718 , quite an achievement in such a poor community. 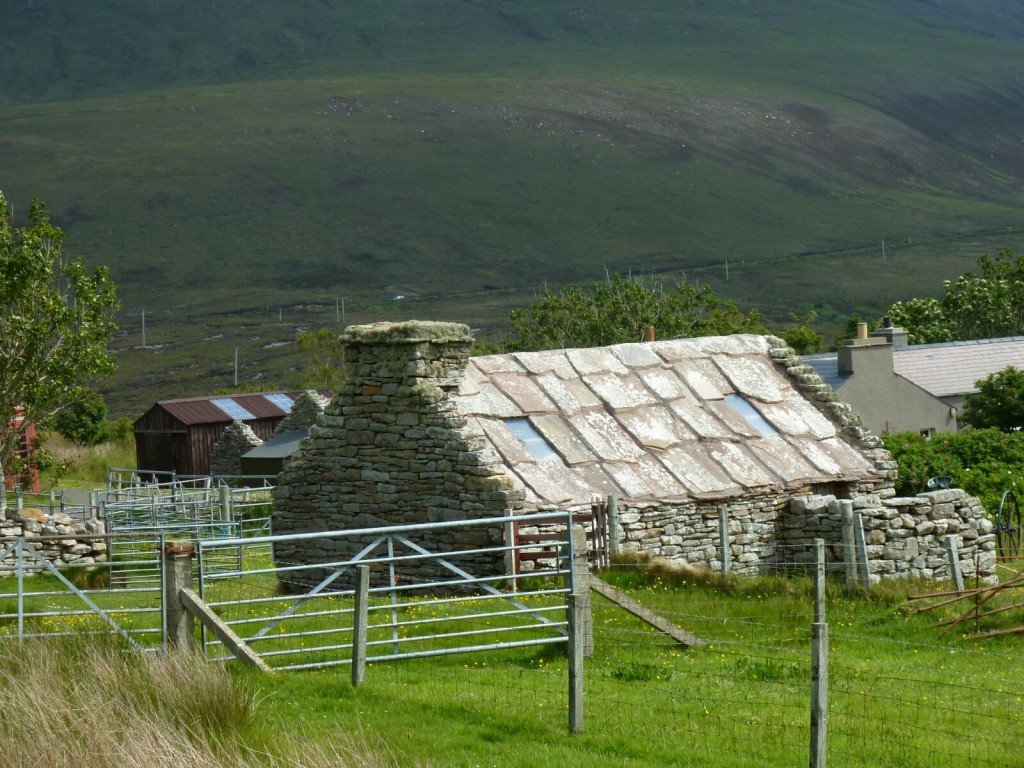 We walked over the headland on a well made track courtesy of the RSPB and arrived at the Old Man- unusually even more spectacular than we had been led to believe. Martin had always had an ambition to climb the iconic classic route up the pillar but having seen it up close the sandstone does not look attractive to climb anyway, also joints mean that pretty much our climbing days are behind us and we will stick to cycling. 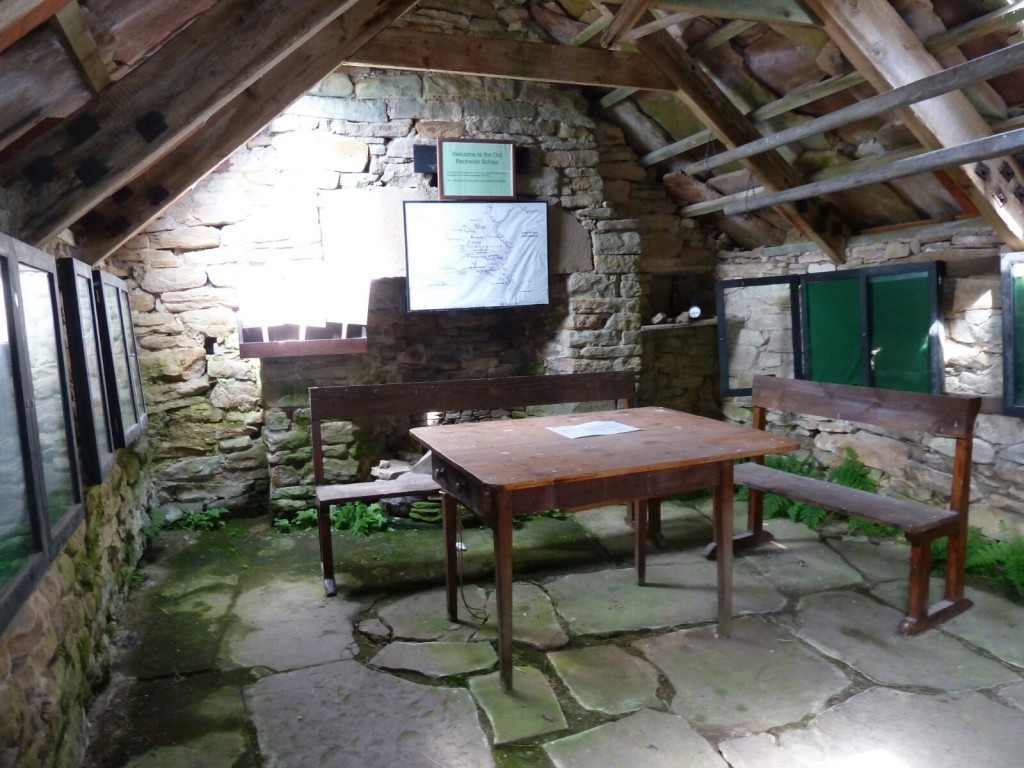 Inside the old school 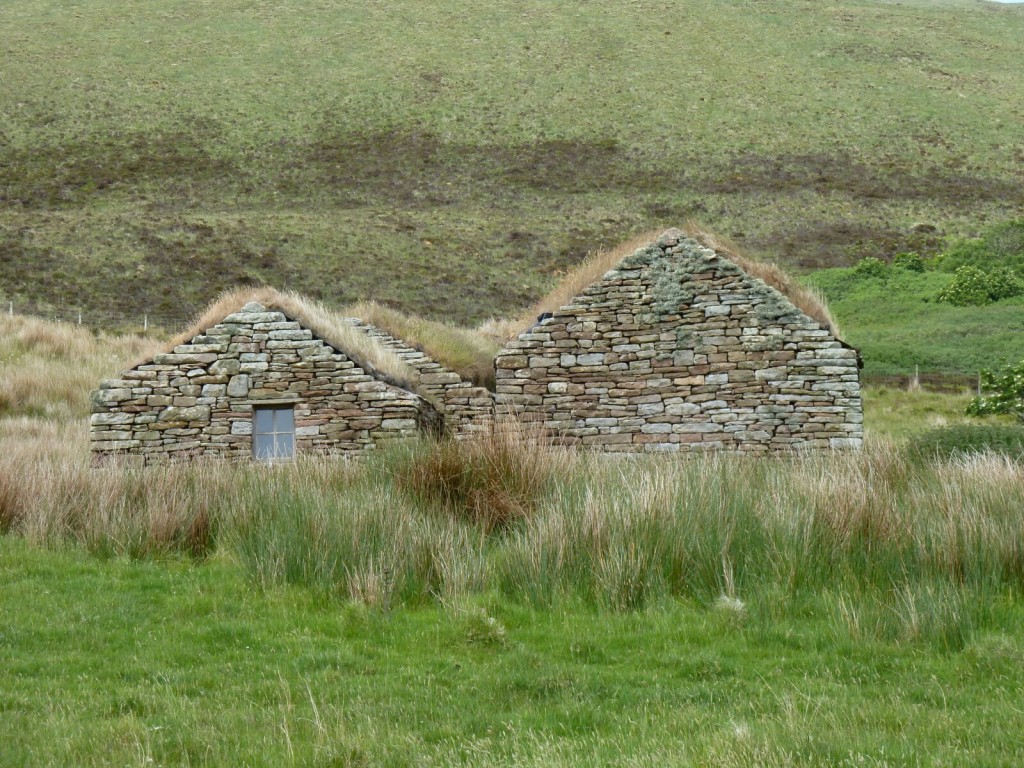 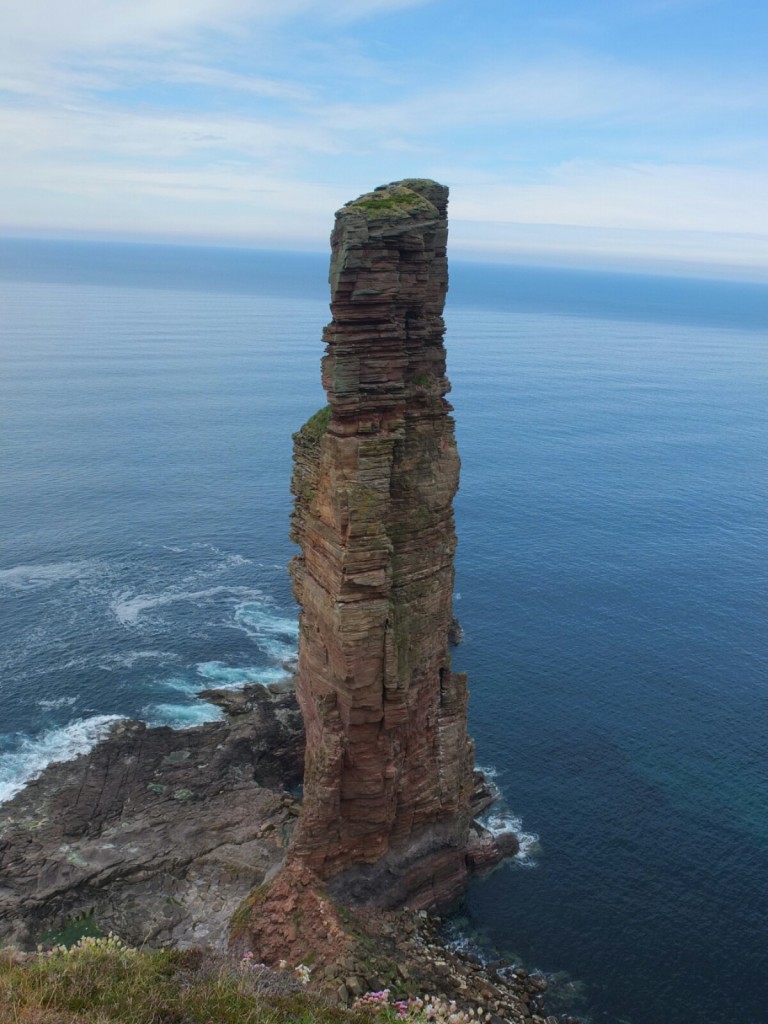 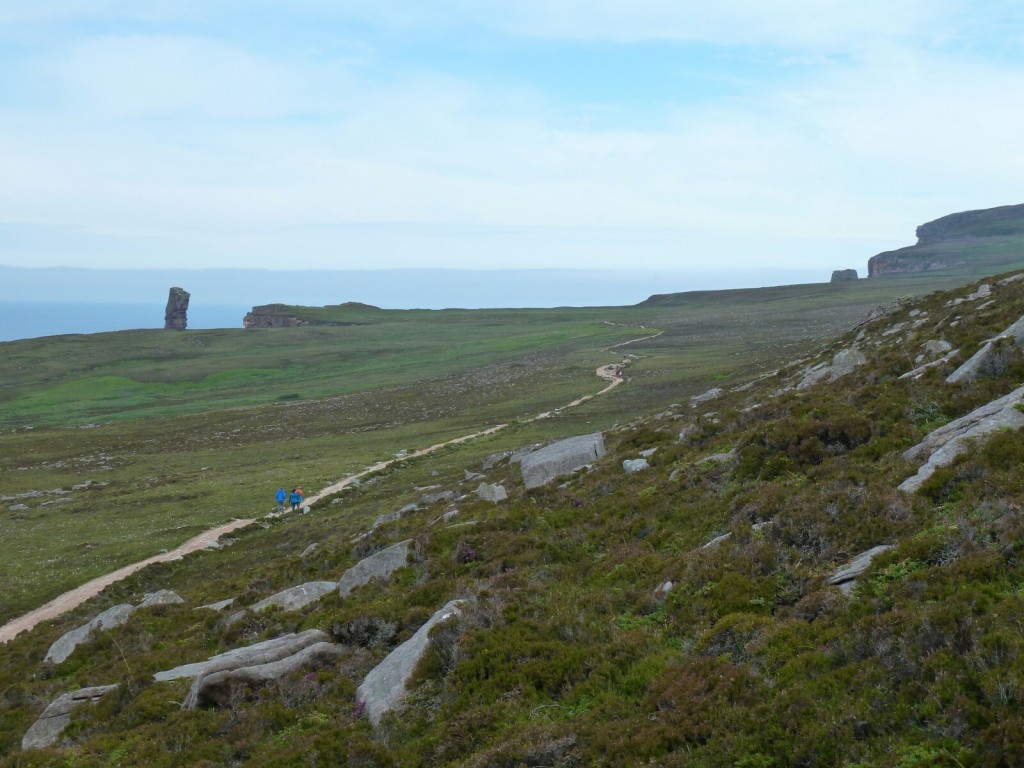 The Old Man sticks up over the skyline as you approach 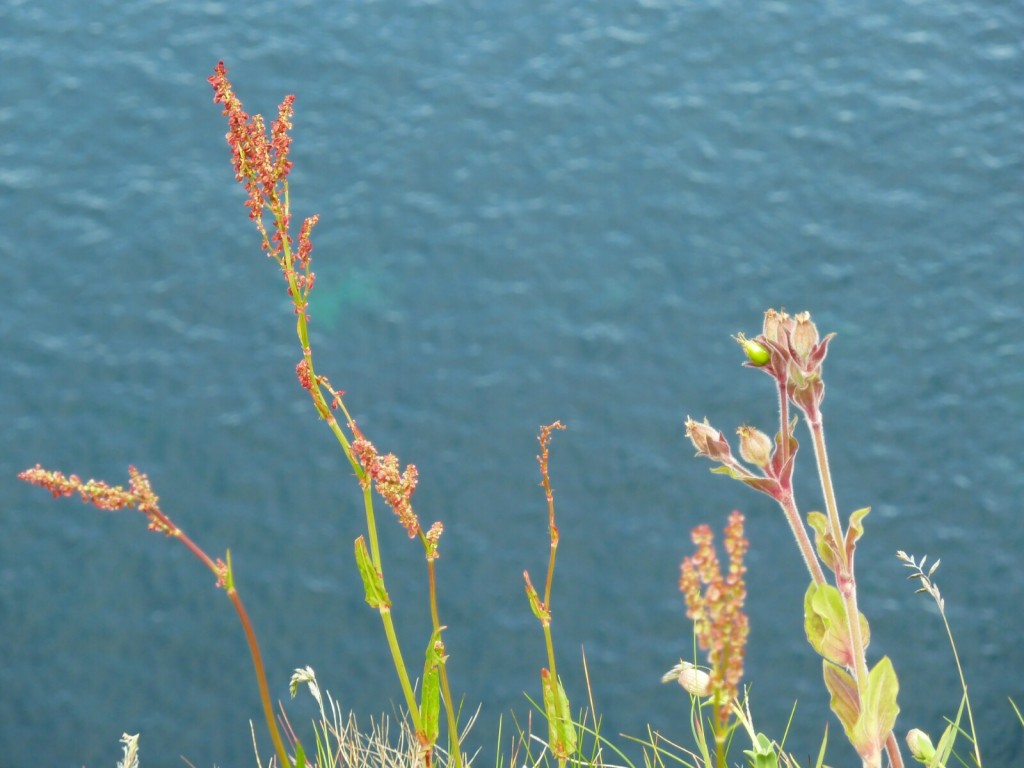 lovely colours of plants and sea 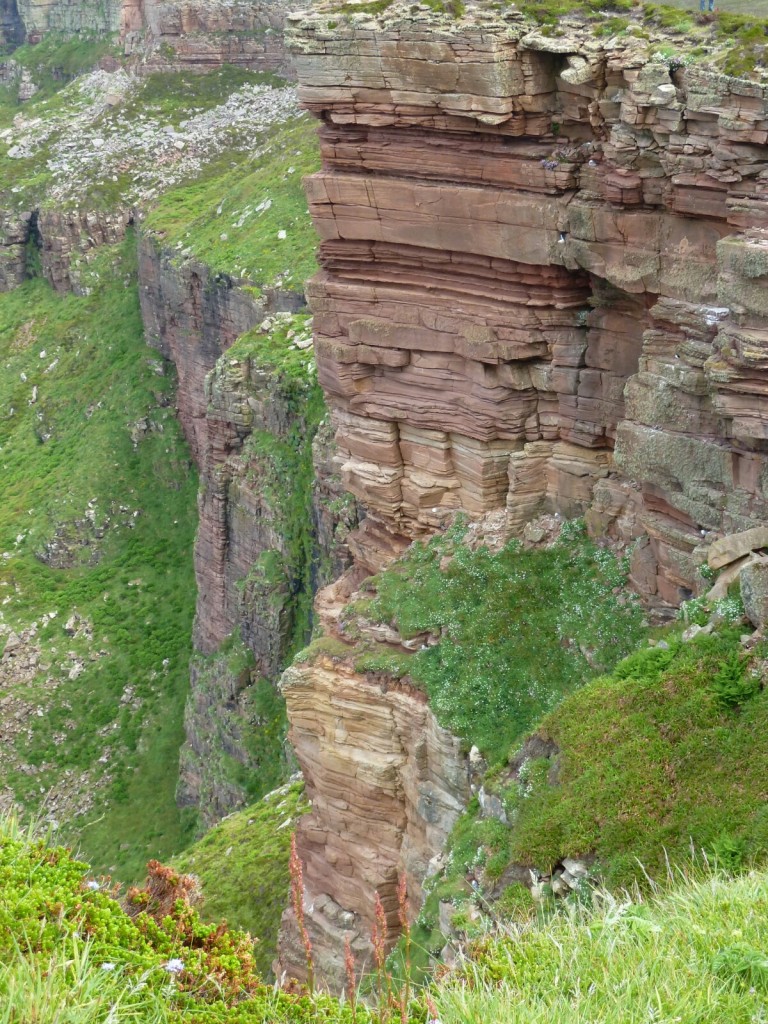 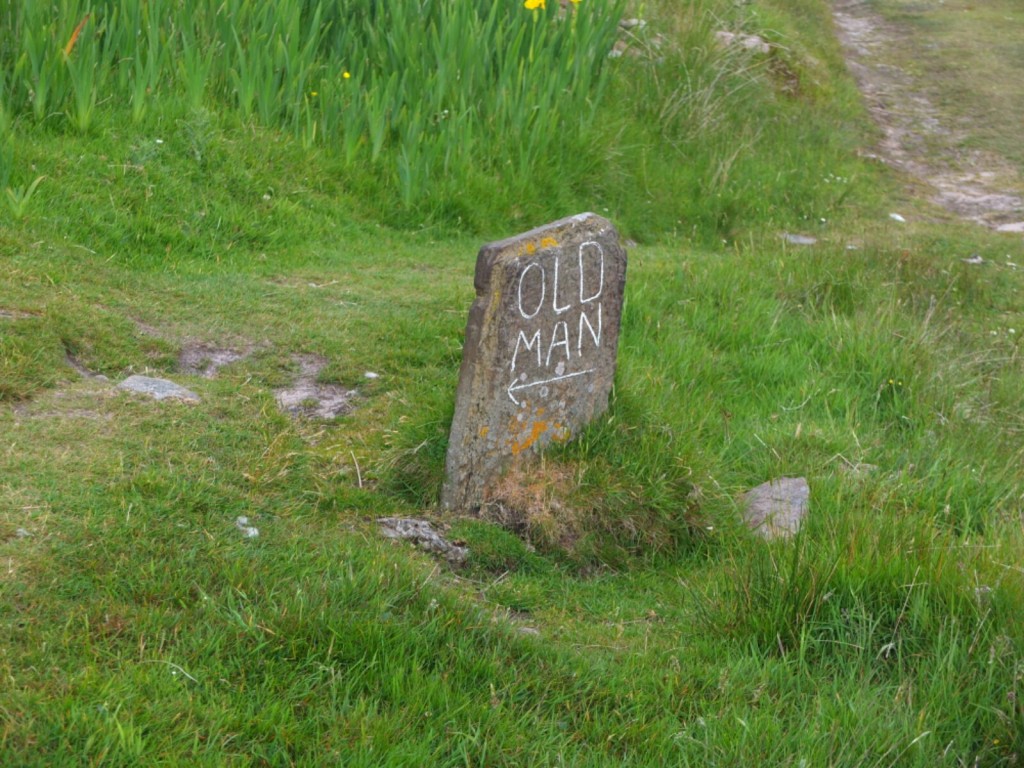 The walk back was followed by a brief cycle over the island, 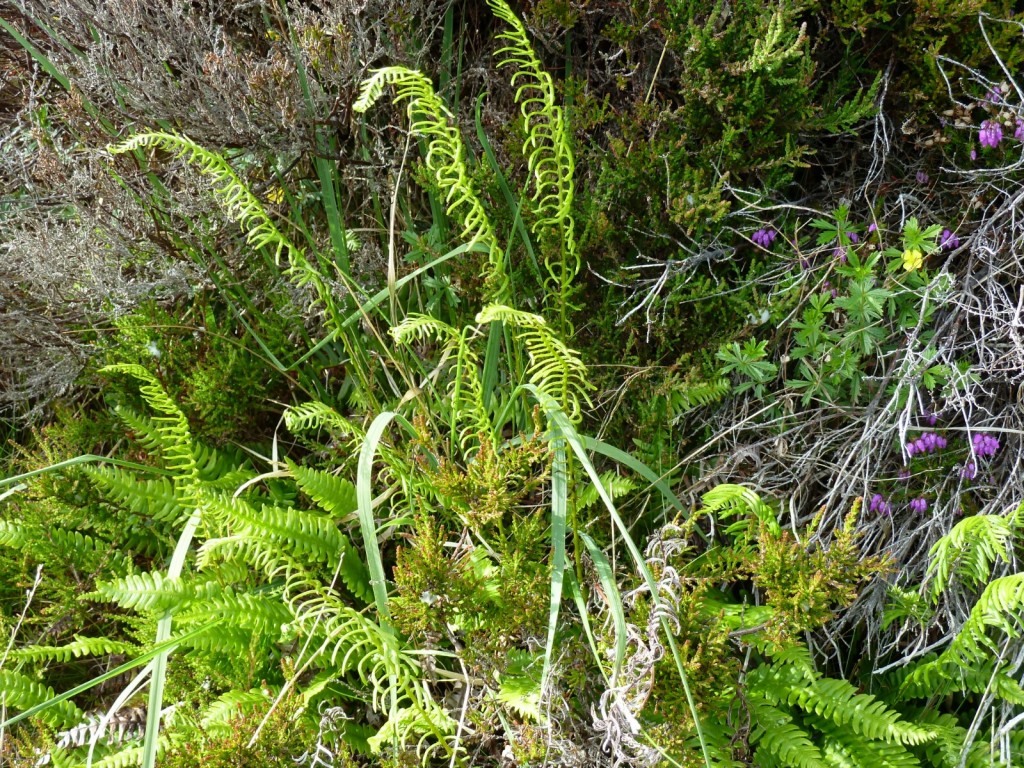 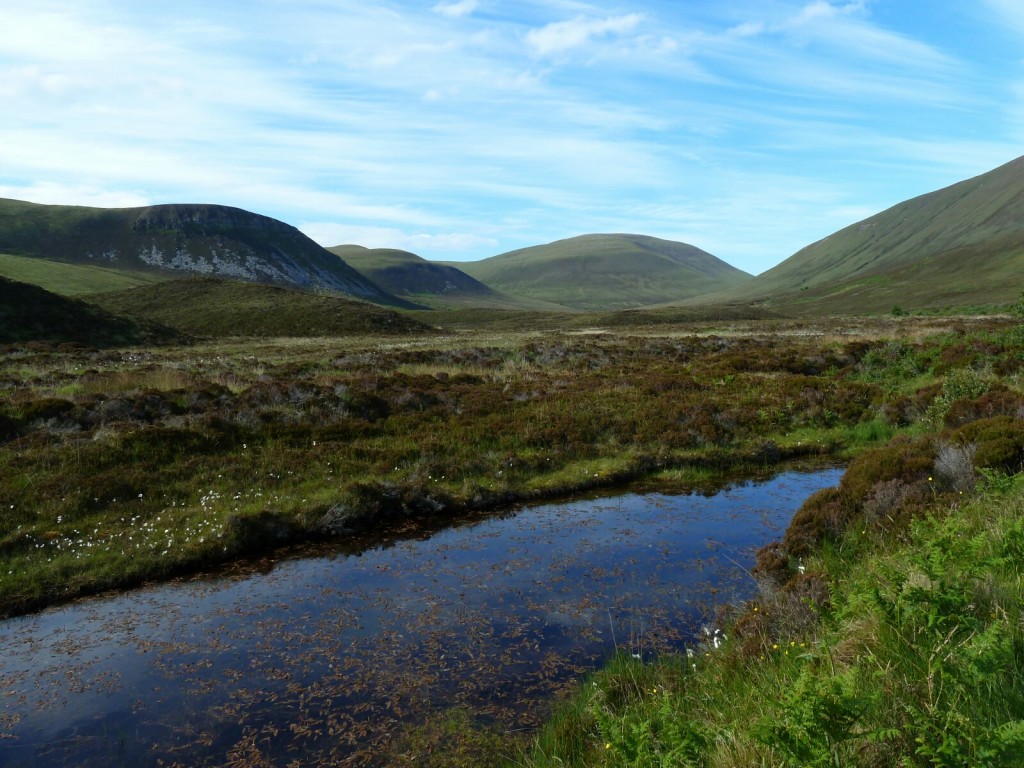 we had time to call in and visit local author John Aberdein who we had met yesterday and had kindly invited us to call in for a cup of tea. We were worried about leaving soon enough to catch the ferry but he assured us that we would see it approaching as his house has a stunning view over the Hoy Sound. We had a fascinating wide reaching chat but alas had to cycle off  to catch the boat, such an interesting encounter- among many other things John was the the first person to kayak around the North coast of Scotland way back in 1970s and was very understanding of the issues of a long trip , ours however is much less adventurous than his.

We are back on mainland Orkney tonight with a signal, still trying to come to turns with yesterdays outcome, we fear that many of the consequences cannot be predicted . 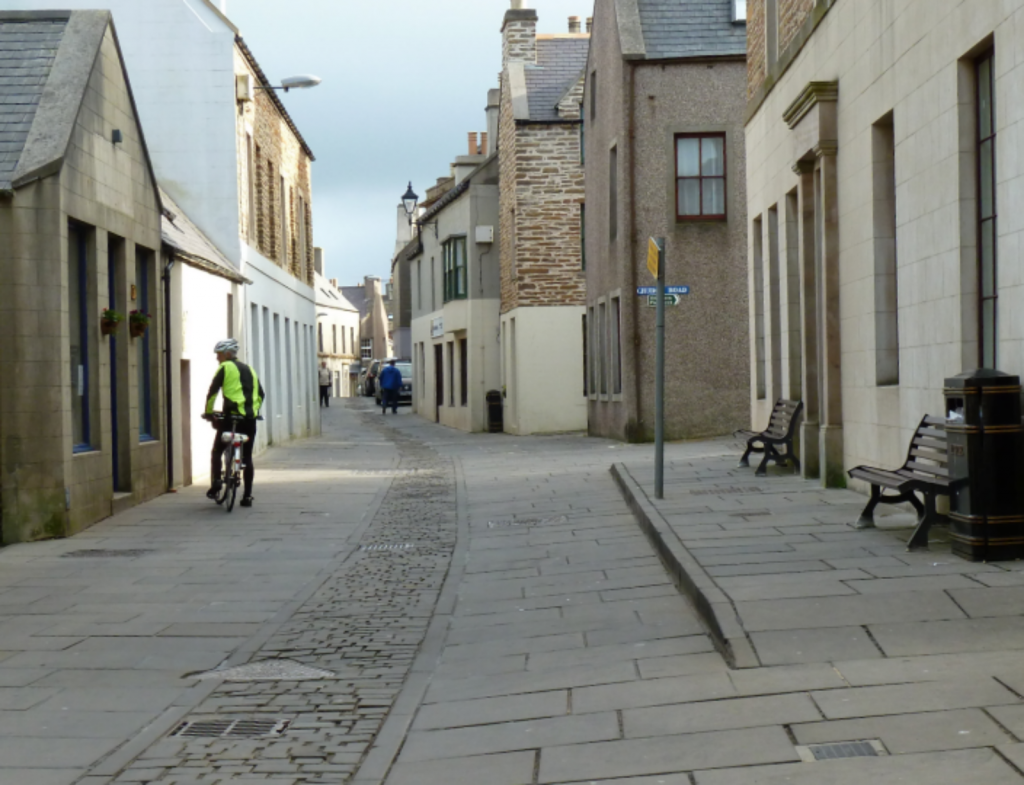 « Neolithic remains, classical music and sleepless ferry
Over to Hoy »
View more posts from this author

One thought on “The Old Man of Hoy”