Leisurely into the Lakes

We had a very comfortable night with Griff and Jess. We were very impressed that they got up at the crack of dawn to go to the gym …. we stayed in bed until a reasonable hour.

Lancaster was a very cycle friendly town and we were able to whizz past the traffic jams on the cycle lane and down to the Lancaster canal. This canal was built in 1797 because the navigation on the Lune was so restricted by tides and it used to go all the way to Kendal. It crosses the Lune on a very handsome aqueduct built by a man called Rennie and has a nice tarmacced surface …. to start off with. 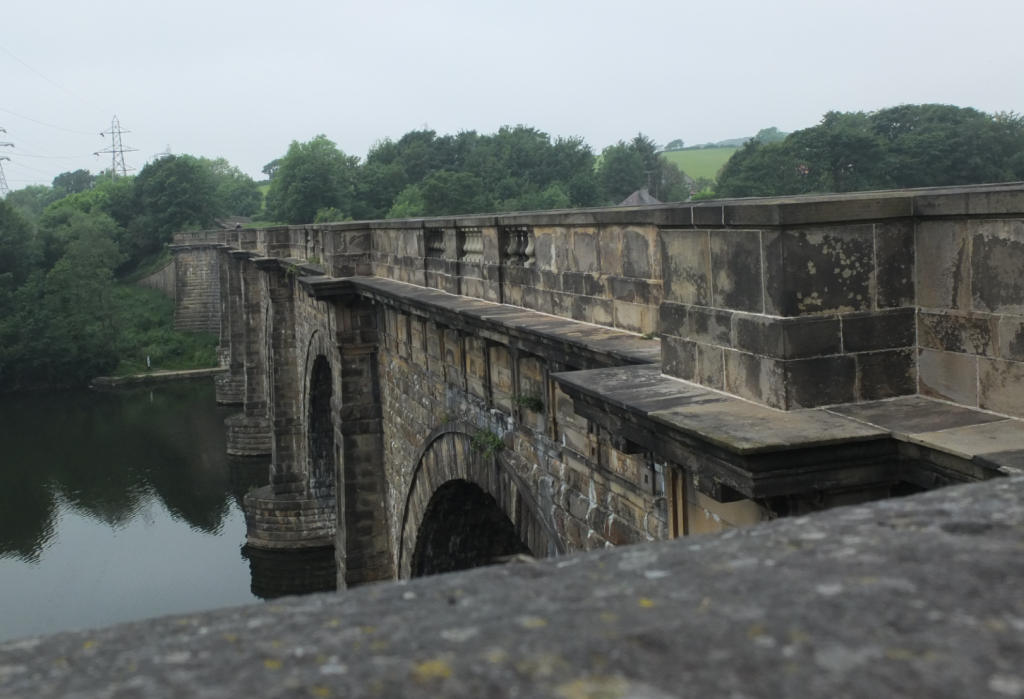 Aqueduct over the Lune 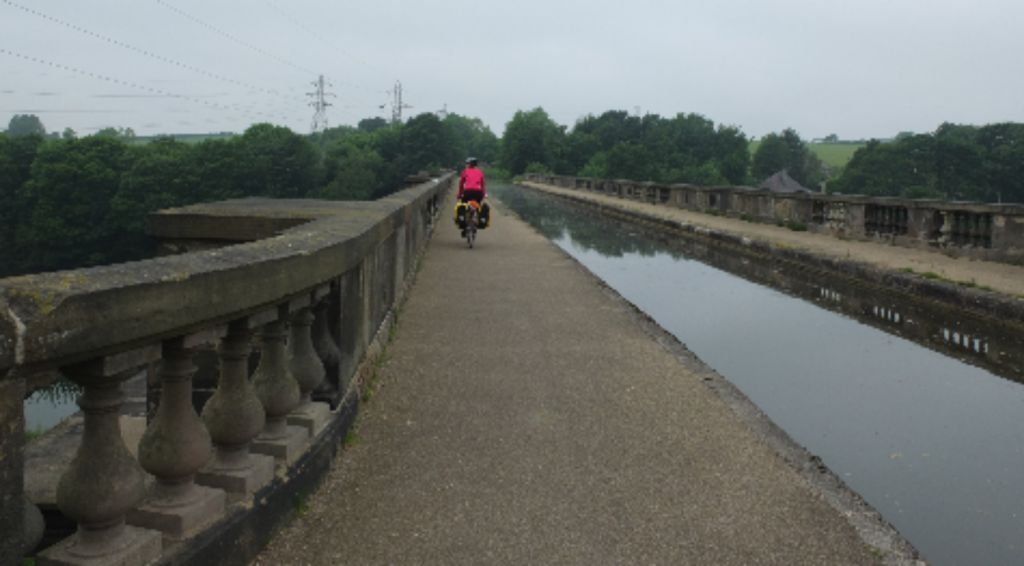 We stopped for coffee at Bolton le Sands with Carol and Arnold, Gayle worked with Carol in South Manchester many years ago. It was lovely to sit in the crows nest at the top of their garden and catch up with each other. 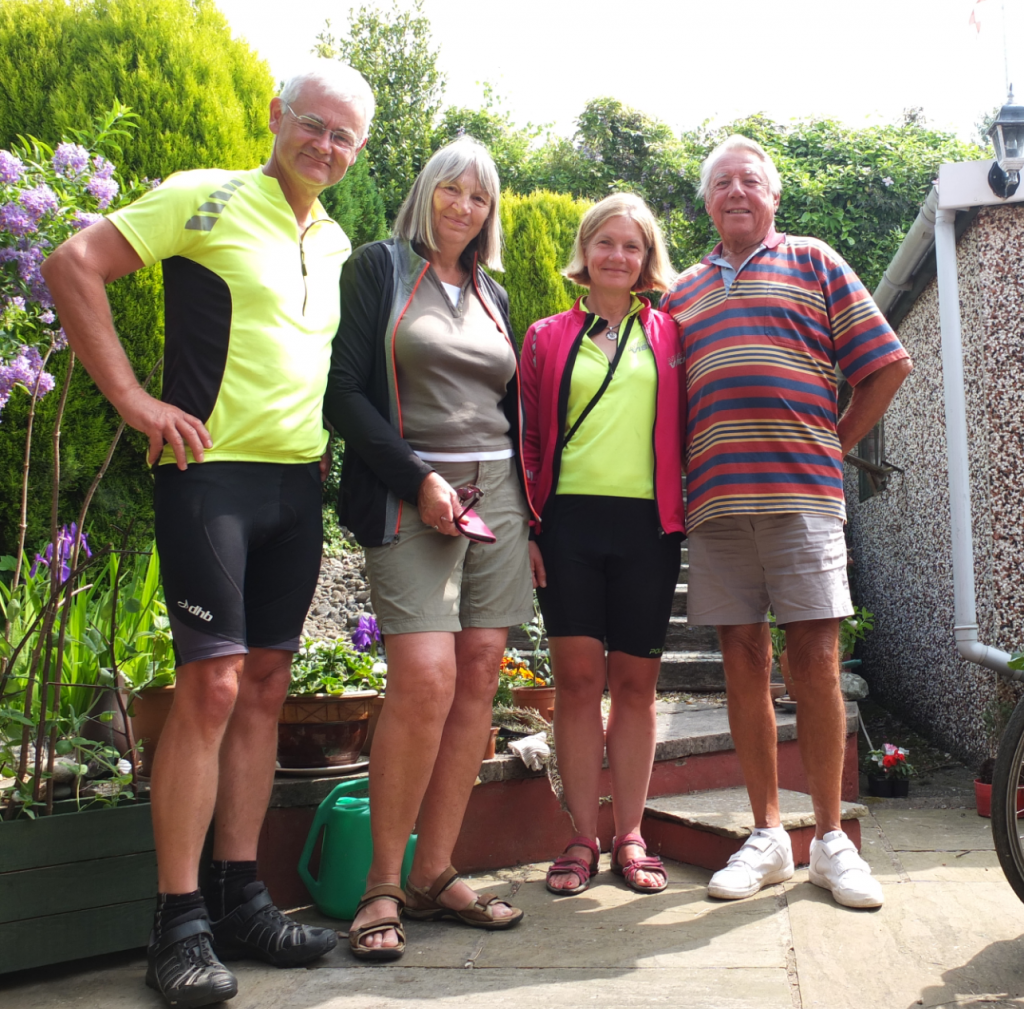 With Carol and Arnold

Back on the canal, Sustrans route 6 follows it until Carnforth and then takes little lanes, however a reasonable towpath carried on and so we opted to stay on the canal. It was very beautiful, green, full of flowers, birds, lovely views over the fells as it takes an elevated line contouring around the side of the valley. It did get quite bumpy as the tarmac ran out and the navigable part ended where it bisected by the M6. It does continue as the ‘Northern Reaches’ in many ways even more lovely as it becomes somewhat wild , the locks turn into waterfalls and the surface covered with waterlilies. 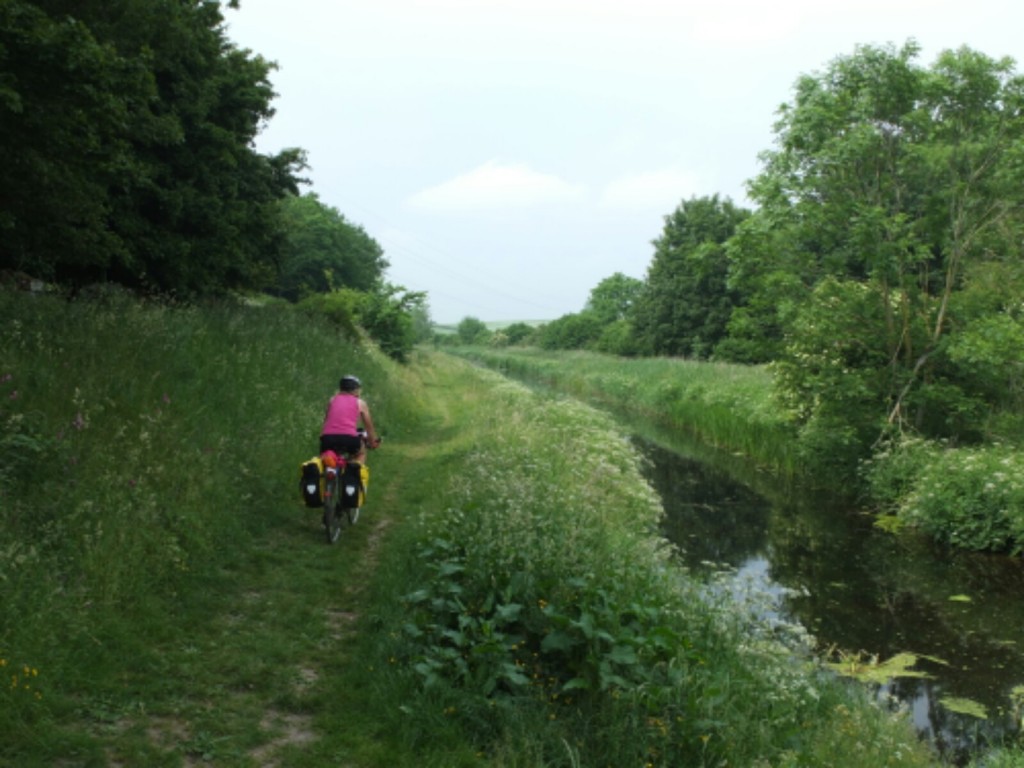 On the Lancaster canal 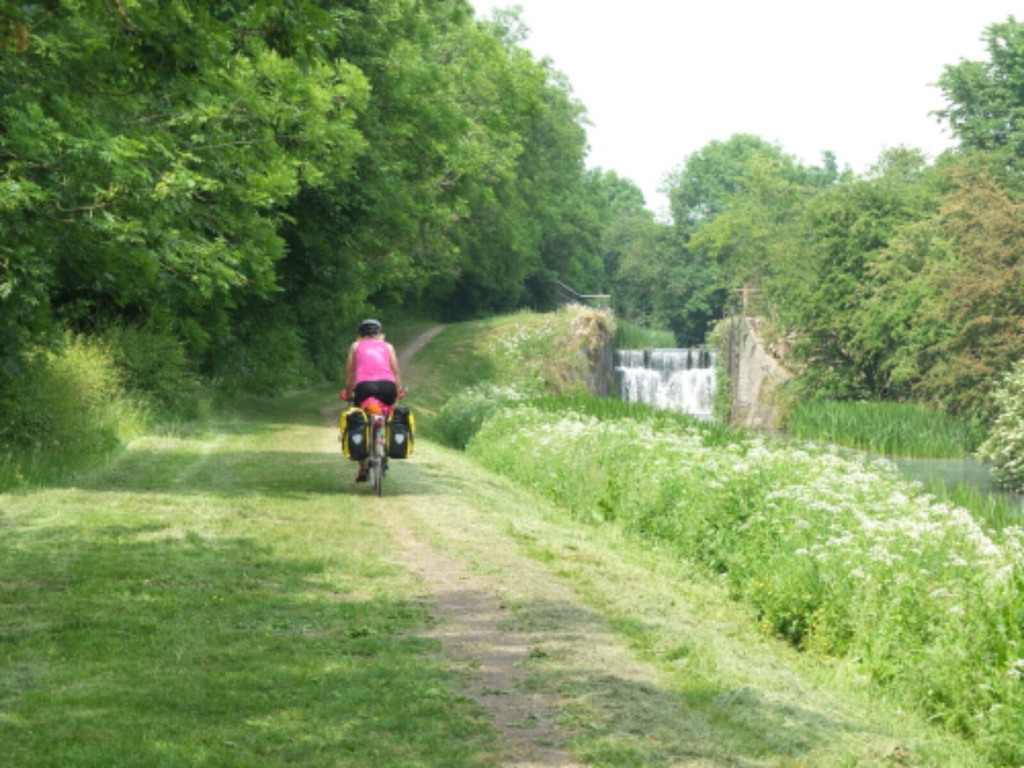 The locks become waterfalls in the Northern Reaches of the canal 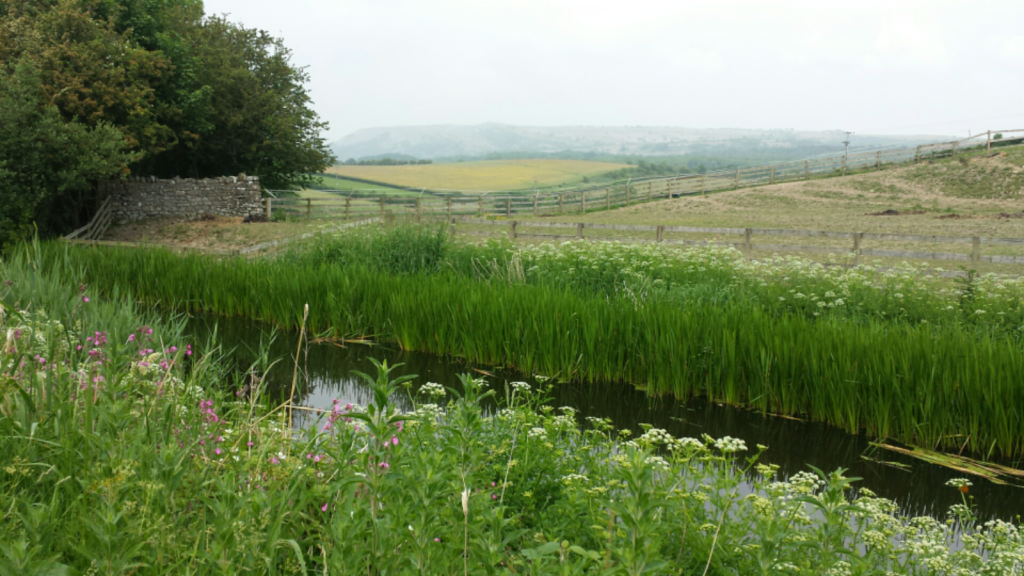 Lovely views over the countryside 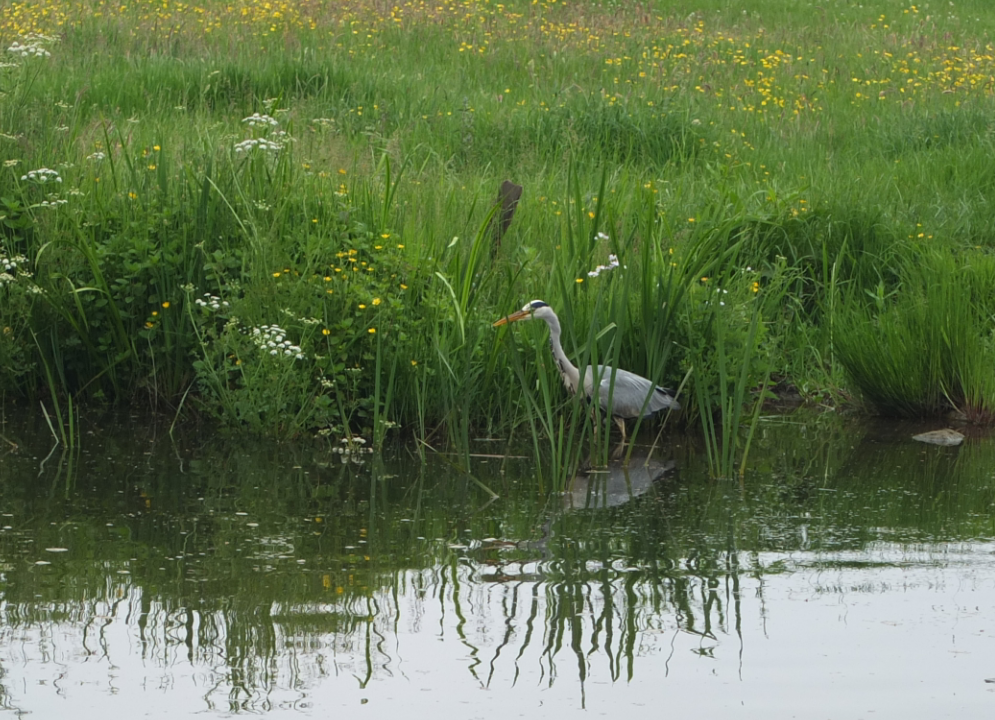 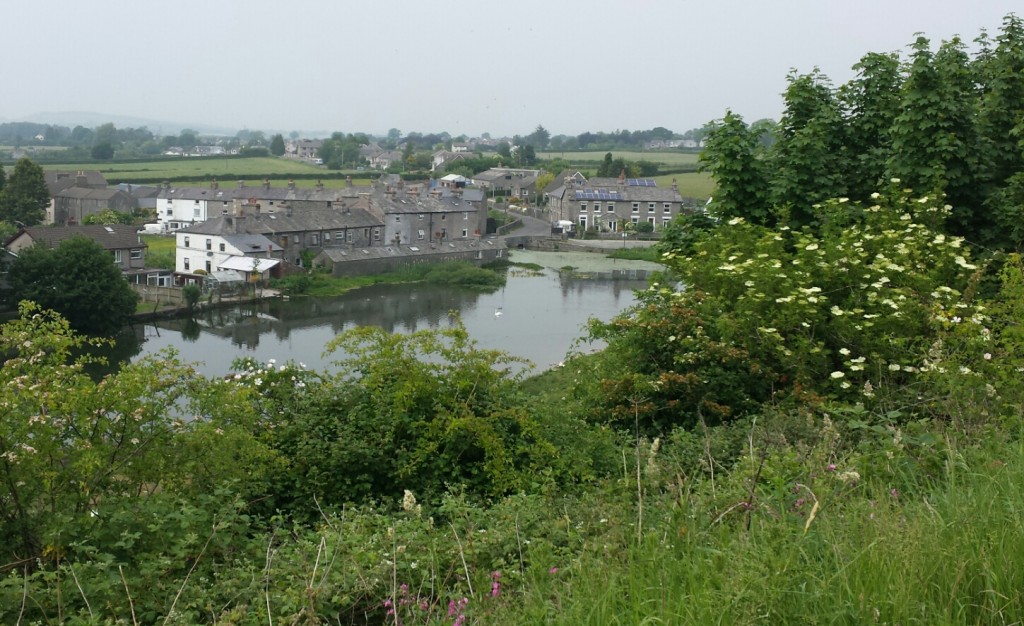 Looking down onto Holme from the canal

Level with Milnthorpe, the gates turned into stiles, not bike friendly so we abandoned it and carried on on small lanes to Kendal and then Burneside where we are staying with Maggie, a friend with whom we went ski touring in Norway, 27 years ago. She lives in an beautiful spot and we sat soaking up the evening sunshine, bowling cricket balls for two small boys and admiring their snails over tea, all very idyllic.