We arrived in Lerwick on the ferry at 7.30am , wheeled our bikes ashore but then promptly went back aboard for a full breakfast. we were soon off heading up through the islands . The first part over the bigger island  was quite hilly , very different from Orkney, peat moorland very like the top of Kinder but with views over the sea lochs. 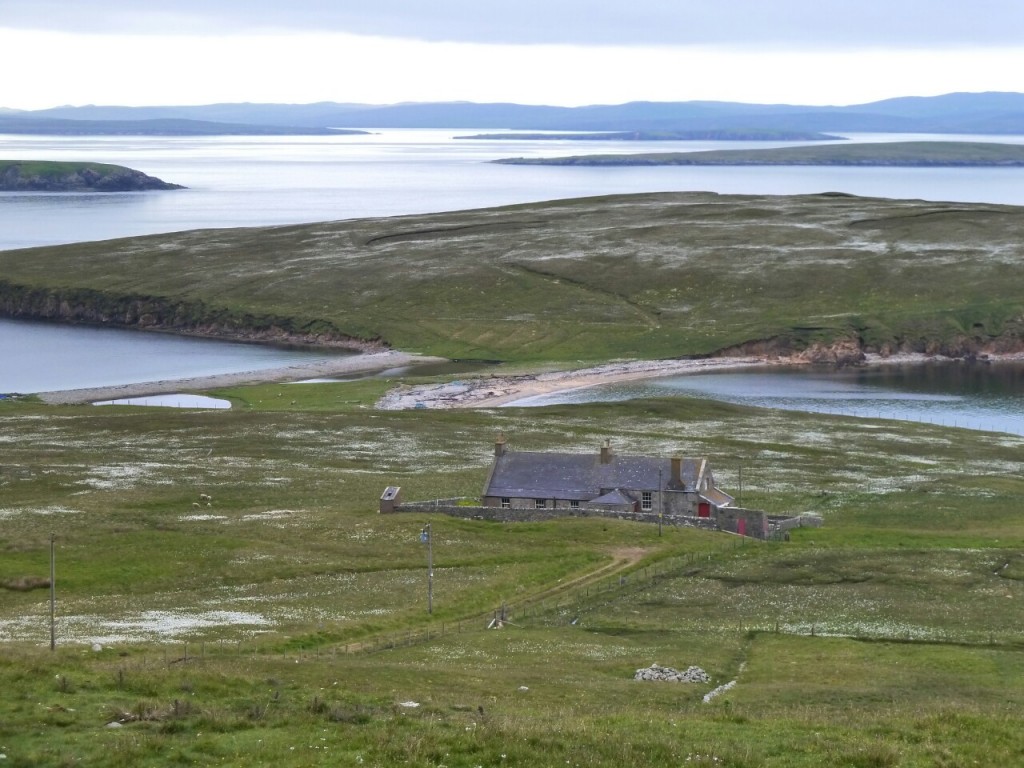 As we have moved North the houses have changed- no longer many stone houses , instead brightly painted houses more reminiscent of Norway. There are many cultural links between Scandinavia and Shetland stretching back to their Viking heritage- Shetland was part of Norway until 1468 when the Danish and Nowegian King needed money for his daughters dowry and pawned the islands on the condition that he could buy them back for 210 Kg of gold- probably it would have been worth redeeming them if he had known about the oil. 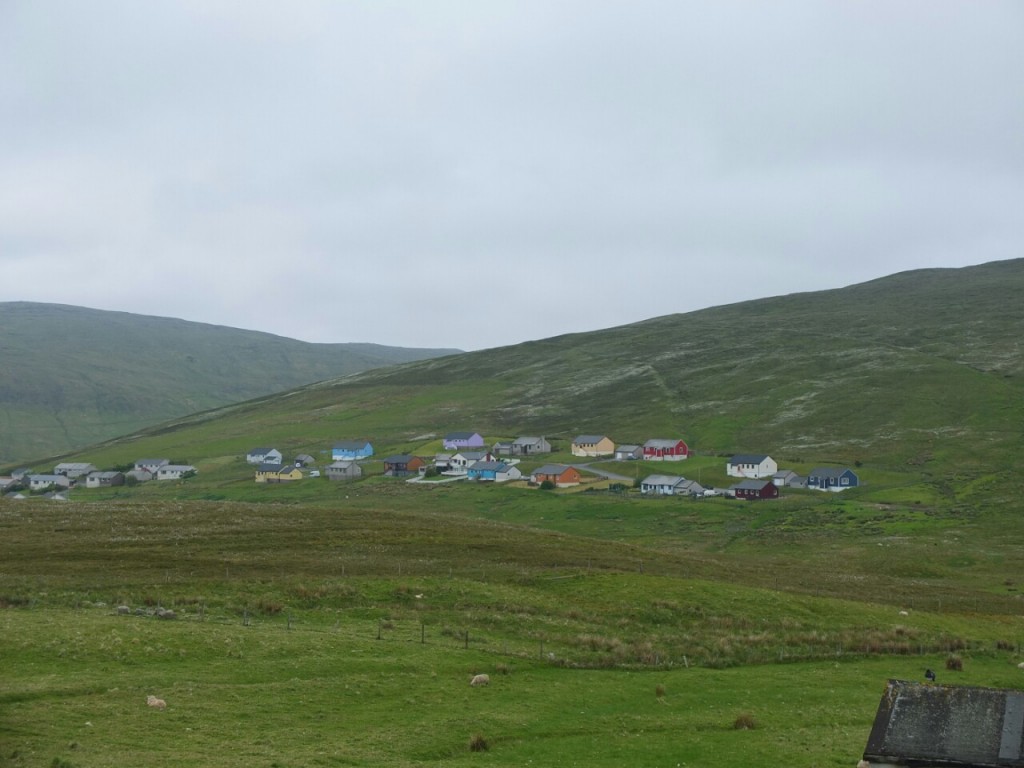 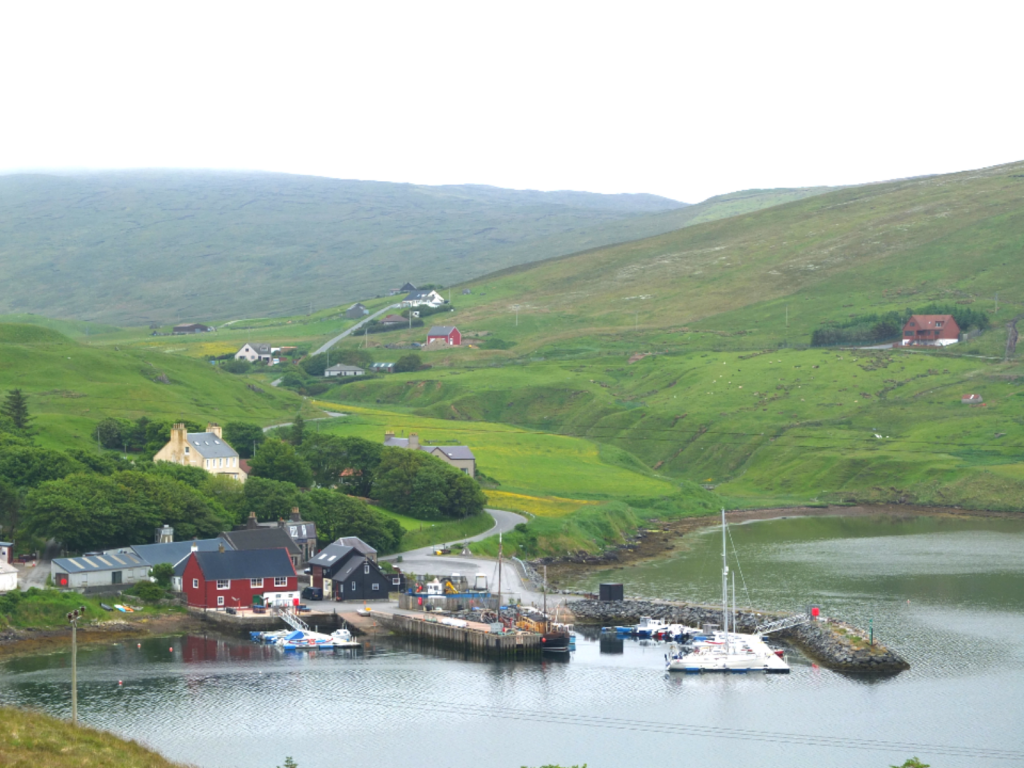 Small hamlet with its own quay

We stopped and chatted with an interesting lady running a tea van – the only sustenance we saw all day- she had moved from Lancashire to work as a social worker twenty years ago, she now does crofting and runs the refreshment van. She was very positive about the inclusiveness of the  Shetland community and had adjusted to the short winter days- Shetland is at the same lattitude as Southern Greenland. 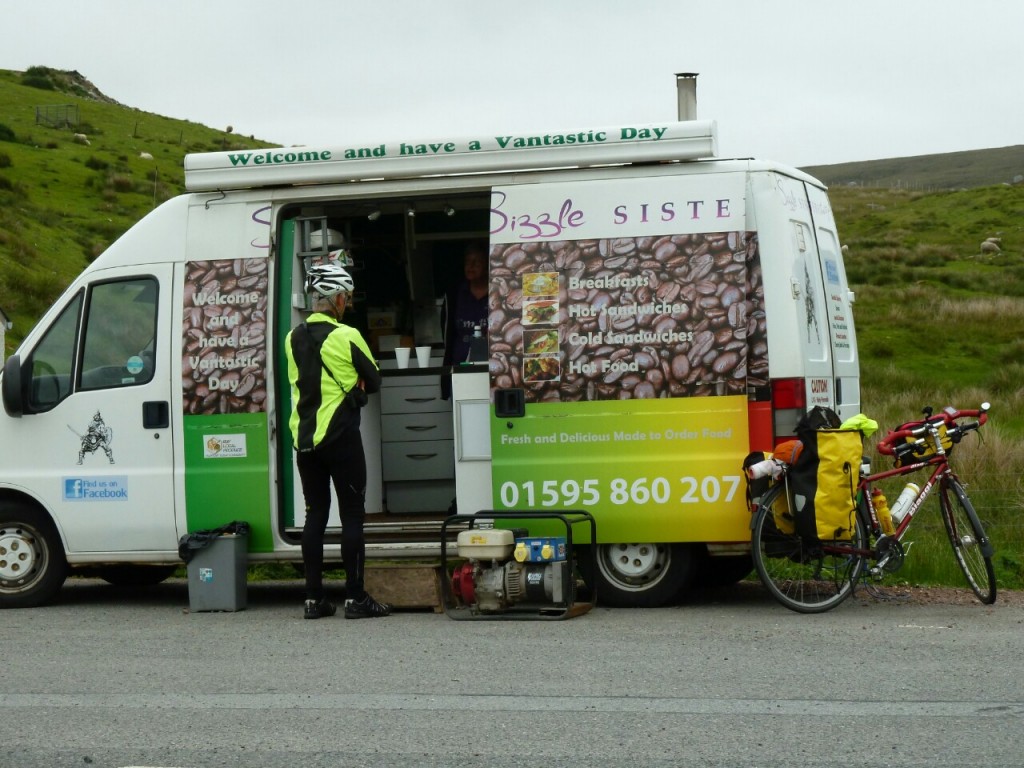 The only coffee for miles

We passed the the Sullom Voe oil terminal – now much less active but still with a huge gas plume visible across the moors . 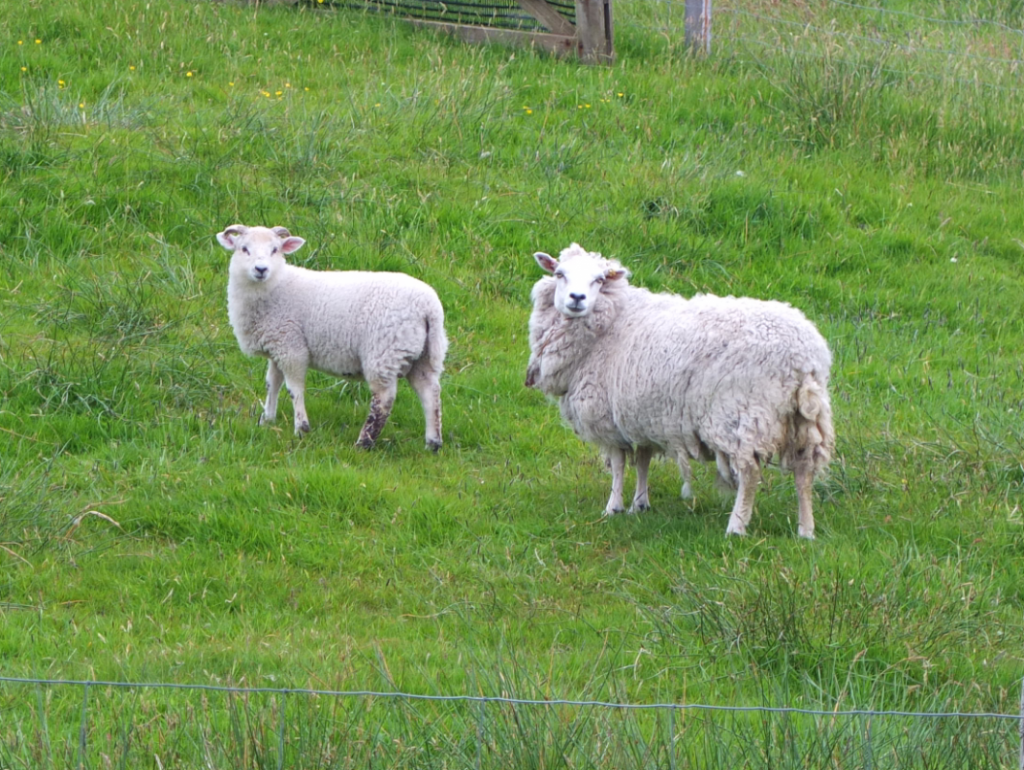 We arrived at the first ferry that we needed to catch over to Yell just in time to see it settling off , as it is Sunday we had two hours to wait but lunch made up for it- again oatcakes and cheese with dried apricots whilst watching an inquisitive seal nearby watching us .

Seal keeping an eye on us

Once over on Yell we had quite a lumpy ride over the tops until we dropped down to the ferry pier – again to see the ferry halfway across the sound to Unst. This time we only had a short wait for the next ferry and couldn’t even pay as the ticket machine was awaiting repair- here the ferries are run by the local council as an essential service and not by CalMac as in most of Scotland.

The map hinted that there may be a small hill to reach our campsite – in fact it was quite tough but luckily fairly short and we arrived at the amazing Gardiesfauld Hostel and campsite  we had read great reviews and they were right- fantastic views over a sheltered sound , very quiet and flat places for the tent but with a good kitchen and drying rooms so no  cooking on a meths stove tonight. Oh and local eggs with an honesty box. 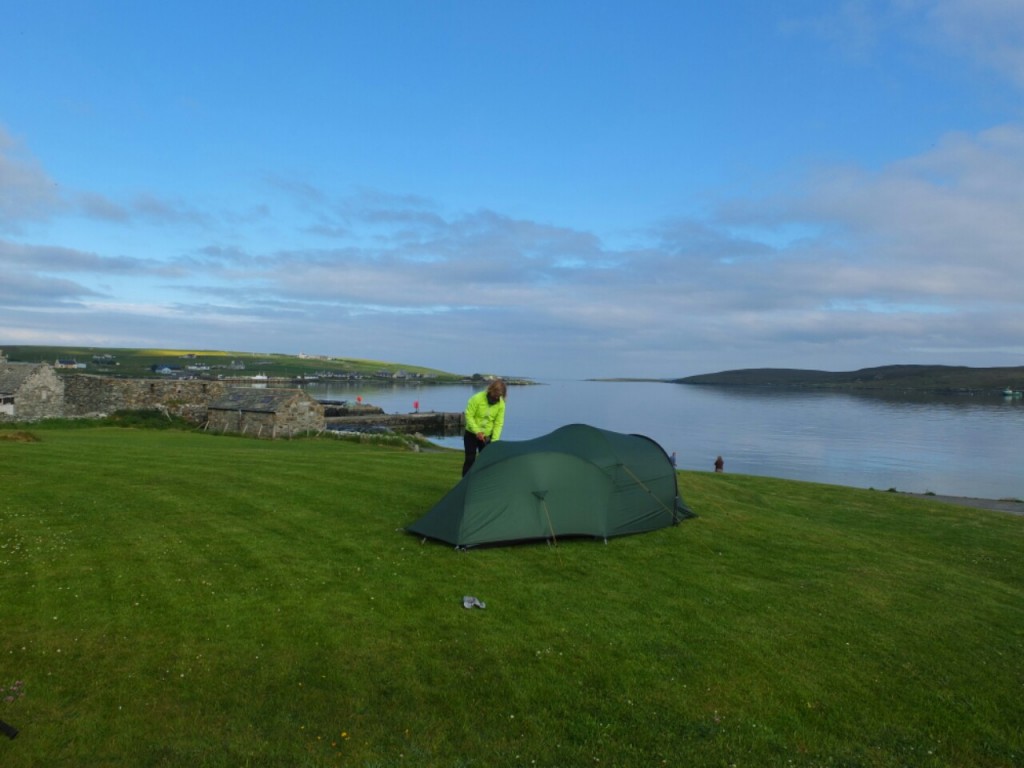 « Muckle Flugga, the top of the UK
Neolithic remains, classical music and sleepless ferry »
View more posts from this author

2 thoughts on “Up through the Shetlands”